Emmys 2018: Nominated Comedy Series Reveal a Category at a Crossroads 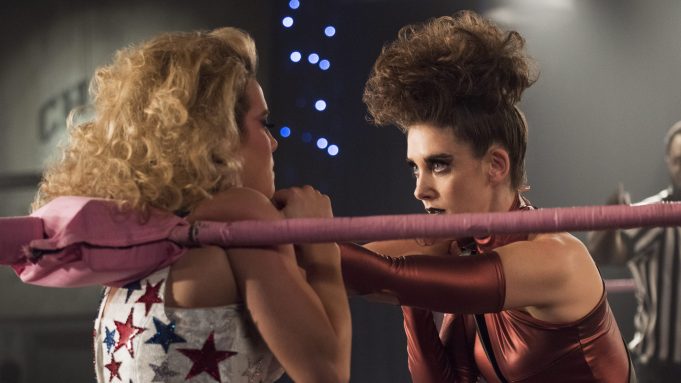 If there’s one category that’s benefited the most from the era of Peak TV, it’s comedy. With an unprecedented number of networks willing to take more substantial risks, comedies have had far more freedom to play with format and push their own boundaries than ever before. The Emmys have overall been slow to recognize that evolution, opting instead to nominate a rotation of the same handful of shows with a sprinkling of new blood year after year. But this year’s outstanding comedy series nominees — now expanded to eight nominees — gives a more accurate window into the overall picture of comedy today with a fascinating mix of old guard and new that shows the directions this category could take going forward.

On the repeat nominee side, there’s “Unbreakable Kimmy Schmidt,” “Blackish,” “Silicon Valley,” “Atlanta,” and in a somewhat surprising move, the long gestating tenth season of “Curb Your Enthusiasm.” But the most shocking and telling move regarding a perennial favorite turns out to be an omission, as “Modern Family” got shut out for the first time since its 2010 premiere(!).

Between that and the fact that double winner “Veep” and back-to-back nominee “Master of None” were ineligible, there was room for three new and distinct comedies to muscle their way in. Netflix’s ’80s wrestling comedy “Glow,” HBO’s pitch-black assassin story “Barry,” and Amazon’s screwball study “The Marvelous Mrs. Maisel” couldn’t be more different from each other in tone and approach, not to mention far afield of what the comedy category used to look like. And each are not only deserving of the honor, but excellent examples of what can happen when comedies are given the room to follow their own voices.

It’s encouraging to see more specifically, purposefully offbeat shows like these recognized as shows like “Atlanta” and “Master of None” were before them. But it’s also a sign of just how strong comedy is right now that, unlike the more staid drama category, there are easily several more that would have been just as worthy of inclusion, ranging from multi-cam family comedies to dreamy single-cams to weirdo spitballing.

Take Netflix’s warm and funny “One Day at a Time,” which has updated Norman Lear’s original ’70s family sitcom to a more timely version that lets standouts like Justina Machado and the legendary Rita Moreno show off their incredible range. Or HBO’s “High Maintenance,” which climbed to new heights in season 2 with ambitious episodes on loneliness and finding unexpected joy in dark places. Or NBC’s “The Good Place,” which reinvented itself practically every week without breaking a sweat. Or HBO’s “Insecure,” which finally landed creator Issa Rae an acting nod but continues to get shut out elsewhere? Or The CW’s “Jane the Virgin,” which pulled out a fantastic fourth season and continues to be almost completely ignored by the Emmys? Or NBC’s “Superstore,” or FX’s “Better Things,” or ABC’s “Speechless,” or Netflix’s “Big Mouth,” or Fox’s “Brooklyn Nine Nine,” or, or….

You get the picture. I would put every one of those comedies in the same category as what was nominated — and in some cases, even far above. With more and more voices given the chance to show what they can do, it’s quickly become one of the most exciting times for comedy in TV history, and it’s great to see the Emmys start to recognize as much by letting more shows outside its usual purview in. It’s also very clear that an ever-expanding category still can’t hold all the riches TV currently has to offer, especially if some voters keep sticking to what they know.