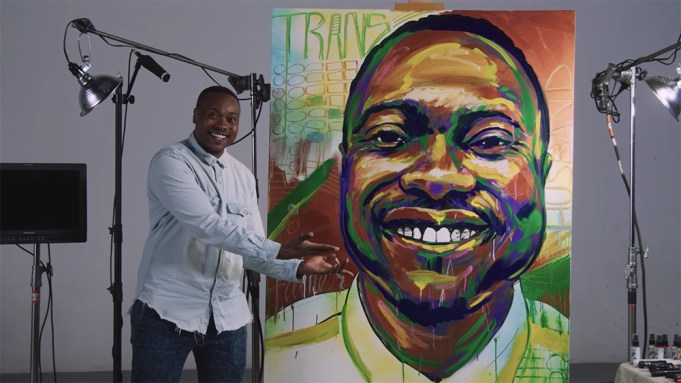 When it comes to seeing transgender people represented in TV and film, “Shameless” and “The Fosters” star Elliot Fletcher says that growing up, “there weren’t a lot of characters that I super, super identified with.”

As part of Pride Month, Netflix has teamed up with GLAAD for a video series titled “First Time I Saw Me,” featuring transgender celebrities speaking about the first time they saw themselves represented in the media. For Fletcher, that first time was Angel from “Rent.” “I thought she was so cool just because she was so out there and authentic and so willing to just be totally herself no matter what,” he says. “I really, really loved her. I still do, I have a tattoo on my leg of her name.”

“In the past few years, Hollywood has made an effort to create and cast transgender characters in a more authentic way,” said Nick Adams, GLAAD’s Director of Transgender Media & Representation. “However, we have a long way to go before the full diversity of the trans community is portrayed in film and TV. It was wonderful to work with Netflix to create an opportunity for trans people to talk about what the future of transgender storytelling can look like, and we look forward to working with Netflix and other networks, creators, and studios to help create the next generation of trans characters and stories.”

The videos also feature portraits by painter Rae Senarighi, who was working on the artwork while the interviews were happening in real time — usually about an hour in total.

In this exclusive video for Variety, Fletcher says even until recently he didn’t see a lot of trans-masculine people represented, and spoke about the importance of trans people playing trans characters, rather than cisgender people.

“The trans person is doing so much more internal exploration of that character because we know that there is more to explore than just them being trans,” Fletcher says. “Cis people need to see trans people be real trans people. I think for me representation really means authenticity.”

Fletcher, who also stars on the upcoming TNT drama “Tell Me Your Secrets,” says he aspires to “get to a point where there’s a trans character on a show and literally nothing about their storyline has anything to do with them being trans. I would love that… I would love for trans people to just be allowed to be people.”