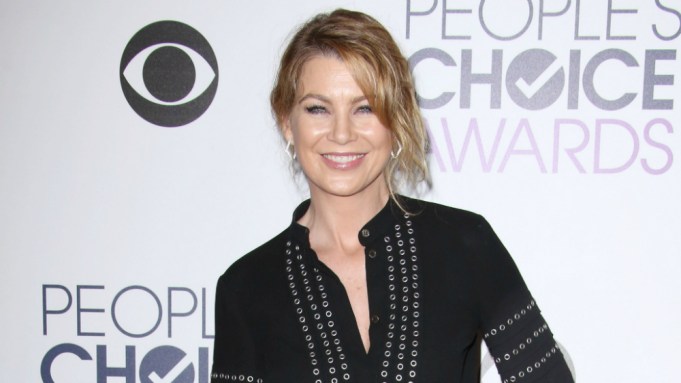 “Grey’s Anatomy” star Ellen Pompeo has been vocal about her own fight for pay equality — so it comes as little surprise that she would contest any notion that her own raise had an impact on the recent exit of fellow cast members.

The “Grey’s Anatomy” star recently signed a new deal making her the highest paid actress on a television drama at $20 million a season — but when the show debuted, co-star Patrick Dempsey was getting a larger salary, even though she played the title role.

So when it was recently announced that stars Jessica Capshaw and Sarah Drew would be leaving “Grey’s Anatomy” after the current season, some pointed the finger at Pompeo’s payday.

Pompeo refuted those rumors during her appearance on “Ellen,” telling host Ellen DeGeneres that “it’s absolutely not true.”

Pompeo, who also serves a producer on the show, explained that it was a matter of storytelling. “I’m not involved in these kind of decisions, however, there’s a few problems that you encounter doing a show for 14 seasons, and one of them is the writers have a really hard time creatively, thinking up new stories for all of these characters,” she told DeGeneres. “I think we have 16 regular cast members. And it’s always sad when we lose people for whatever reason, whether they want to go or they don’t want to go, it doesn’t make it any easier.”

Pompeo added, “You don’t have to pit us against each other, we are not enemies, we do lift each other up and support each other and we’re not victims. We’re very strong and capable of many, many things.”

During the interview, the actress said that since the news of her deal came out she’s gotten a tremendous response from fans. “I’ve really been so shocked and so moved about how many women run up to me and just want to share their stories, because I think as women sometimes we’re afraid to ask, we’re afraid to be vocal,” she said. “They like us quiet, as we’ve seen from this administration. I think it’s really important to encourage each other, encourage other women to stand up and be strong and know that we’ll be OK and we have each other’s backs.”

She added that although she’s fighting for women to get paid more, that doesn’t mean she wants men to be paid less. “Because you have means I don’t get is a very deep-rooted thing where racism and sexism is based,” she said, “so it’s important to talk about that and unearth that and simply dispel it and say that’s simply not true.”