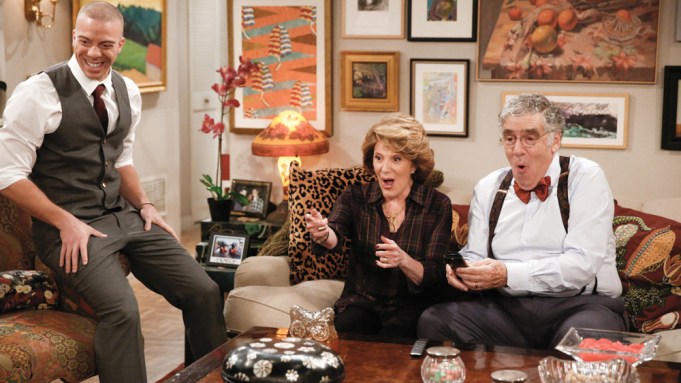 “Elementary” is heading into its seventh season.

The end for “9JKL” had been expected. The multi-camera sitcom was based on the life of series star and executive producer Mark Feuerstein. Feuerstein played an actor who moves home to New York after his divorce, living in an apartment sandwiched between his overbearing parents on one side and his brother, sister-in-law and their new baby on the other.

“Elementary” has been a workhorse for CBS since its premiere in 2012. The drama stars Jonny Lee Miller and Lucy Liu in a modern-day spin on Sherlock Holmes’ mysteries. “Elementary” is steered by showrunner Robert Doherty who exec produces with Sarah Timberman, Carl Beverly, Bob Goodman, Jason Tracey, and Robert Hewitt Wolfe.

CBS programming executives have been active today with series renewals and cancellations in preparation for its upfront presentation to advertisers in New York on Wednesday.