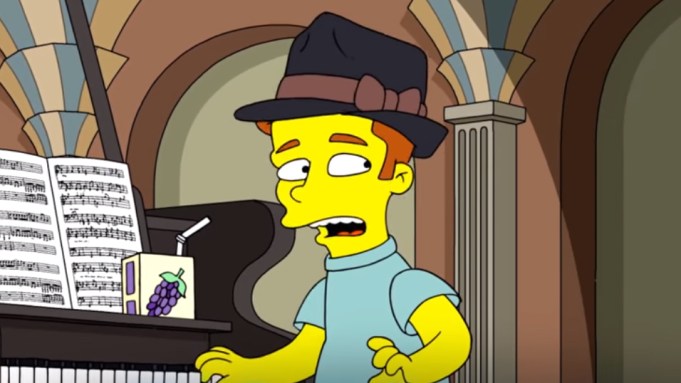 The trailer shows Sheeran on the piano as a character named Brendan with Springfield’s own star saxophonist Lisa Simpson. In 2017, Sheeran released his third studio album “÷,” which included the single “Shape of You” that became the most-streamed track ever on Spotify, broke the record for most weeks spent in the Billboard Top 10, and has over 2 million views on YouTube. He has had acting roles in “The Bastard Executioner” and “Home and Away.”

Sheeran made another cameo in “Game of Thrones” last year as a surprise for actress and Sheeran fan Maisie Williams, which drew a mix of praise and criticism. The singer briefly left Twitter after the cameo and the ensuing backlash — though he later clarified that the “GoT” criticism was not the reason for the social media break.

“The Simpsons,” now in its 29th season, is the longest-running animated show of all time and has featured over 700 celebrity guest stars since the show began in 1987. Some of those guest stars include Green Day, Lady Gaga, Johnny Cash, Paul McCartney, NSYNC, Stephen Hawking, Leonard Nimoy, and Snoop Dogg.