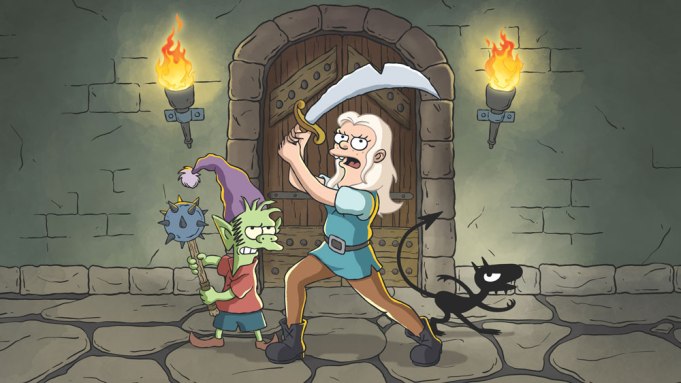 The teaser opens with a shot of the moon and a narrator telling the audience they’ve seen the future in “Futurama,” before the camera drops into the clouds, similar to the opening sequence of “The Simpsons.” The narrator says we’ve seen the present in Springfield, and now the only logical next step is to go back to the past. The camera reveals a medieval-style metropolis clearly inspired by King’s Landing from “Game of Thrones.”

“Welcome to Dreamland,” the narrator says as it cuts to the interior of a castle’s throne room. A hooded figure is led into the room flanked by two smaller creatures wearing burlap sacks over their heads and a guard dressed in a style similar to modern policeman’s blues. A king berates the figure’s appearances with a voice made famous by John Dimaggio’s work as Bender on “Futurama.”

“Look at this no-good pile of scum. Weak chin, buck teeth,” the king says, jabbing at the cartoon character design Groening has drawn since the “Life in Hell” comic book series.

He pulls the hood back to see a white-haired woman and shrieks in astonishment.