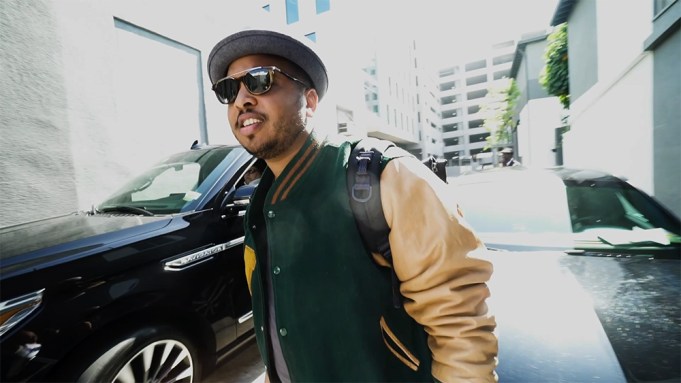 The first time Justin Simien saw his favorite film “2001: A Space Odyssey,” he didn’t really enjoy it. “I was too young to get it,” Simien told Variety. “I thought it was going to be like ‘Star Wars,’ or something. I remember being in college and feeling like a filmmaker failure because I never went back and revisited ‘2001.’” But now, the “Dear White People” creator’s Los Angeles home is dotted with books dedicated to the science fiction classic. So what changed?

“I took a philosophy course and without explanation, at the end of the course, the professor played ‘2001: A Space Odyssey.’ And I got it.” Simien continued, “I realized [Kubrick was] saying so many fundamental truths about the human condition, but purely through visuals. He was just waiting for me to get it. It was the only religious experience I can say I’ve had watching a movie.”

The experience taught Simien a lesson in intent. “It’s the difference between doing something great and doing something important,” he says. Variety witnessed the purpose driving Simien as we followed him for the “That’s Life” docuseries.

After years behind the scenes as a publicist for studios such as Sony and Paramount, Simien got his big break after his debut film “Dear White People” won the special jury prize at Sundance. That indie would eventually become a Netflix series starring Logan Browning, DeRon Horton, Brandon P. Bell, Antoinette Robertson, John Patrick Amedori and Marque Richardson.

The first season garnered critical acclaim due to its storytelling and a particularly chilling episode directed by Oscar-winner Barry Jenkins. Naturally, the second season had a lot to live up to.

“When we came [back] into the writer’s room we said ‘We have to top ourselves. We have to go further. We have to go deeper.’” The new episodes focus on secrecy, illustrated in one storyline via online fighting with anonymous trolls that unravels quickly into hate speech.

“This season is so much about how sick we are because of our secrets,” said Simien. “There’s a healing that comes with facing our truth, and facing our past. This country has so much truth and past, and so many secrets that we’ve got to really reconcile with.”

He hopes his audience can see his intent behind the episodes. Even internet trolls and Twitter wars. He sees a bigger problem brewing beneath it all, but he’s optimistic that “Dear White People” can spark that conversation that desperately needs to happen.

“The reason why I think we are having such a divide over race is because we get these talking heads on TV, who spew rhetoric back and forth. We have people on Twitter yelling at each other. But there’s nobody saying, ‘No, wait. This is what this group of people is upset about. This is the historical context.’”

Special Thanks to Kris Bowers for use of his score from “Dear White People.”