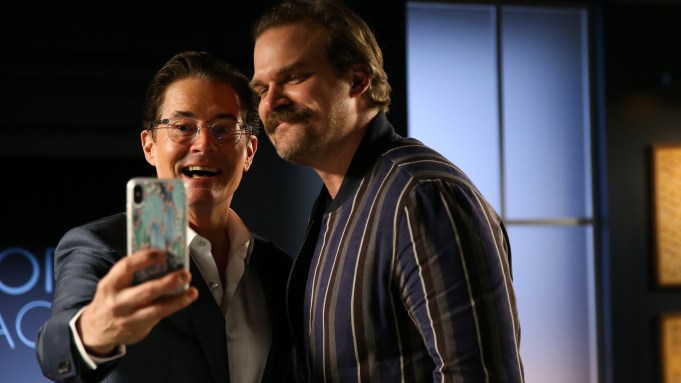 David Harbour recalled some of the most critical direction he’s ever received in an interview with Kyle Maclachlan for Variety’s “Actors on Actors,” presented by Shutterstock. While the pair swapped notes they’ve accumulated from different directors, Harbour shared one particularly memorable comment Ang Lee made while working on the 2005 film “Brokeback Mountain.”

“That was one of the worst notes I think I’ve ever received,” Harbour said. “I had one scene, and I came in on coverage, and he was like, ‘more handsome,’ and I was like, ‘Wow.’”

“One of my favorites is ‘Elvis. Think Elvis,'” Maclachlan said. “I love that because it gives you a whole kind of ball of stuff that you can work with, and it’s not cerebral. You can’t suddenly start thinking, ‘Elvis. What does he mean by Elvis?’ You have to take the pill, swallow the pill, breathe in the gas, whatever, and just go with it.”

The “Stranger Things” actor joked that his “more handsome” direction from Lee resembled that of Lynch’s in an intangible way — though he admitted he wasn’t entirely sure how to respond to it.

“It’s the same sort of thing,” Harbour said. “It’s like Elvis, or whatever. It’s not something you can play. Obviously it’s a certain confidence or something as I interpreted it. But I do remember feeling like that was a note for the casting director as opposed to me.”