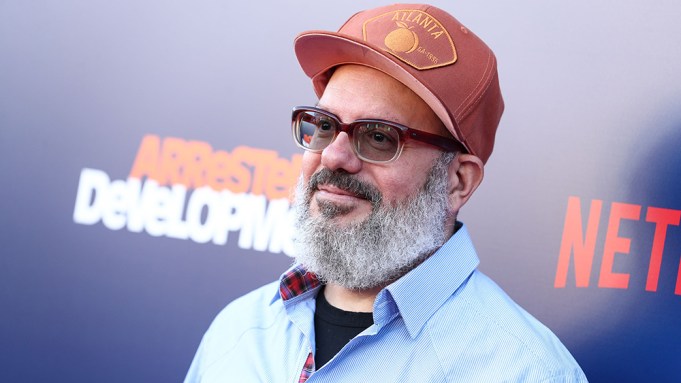 “So I will unequivocally apologize to Jessica. I’m sorry that we behaved the way we behaved,” Cross said in an interview with Gothamist on Thursday. “Whatever the criticisms are, I will own up. I don’t even know what they are, as I said, I saw the initial thing but I jumped off [social media] at the behest of various people.”

Cross said had been off Twitter since the night before and spoke to his “Arrested Development” co-star, Alia Shawkat (who defended Walter during the Times interview), and his wife, Amber Tamblyn, about their shared discomfort with how none of the male cast members spoke up for a crying Walter during the interview, and instead defended Tambor. Cross went on to say there’s no excuse for yelling at people on set and humiliating them, including a previously undisclosed incident involving Walter.

“And there was no excuse when Jessica did it,” Cross said. “To Jessica’s credit, she eventually apologized to the actress, and felt bad about it. Jeffrey did as well, but it was a bigger deal, there were more people in the room and it was an extremely uncomfortable moment.”

Throughout the interview, Cross seemed hesitant to address the issue past the initial apology to Walter. He said the situation is extremely complicated and that he’s certain the public isn’t interested in hearing anything from him outside of an “unqualified apology.”

“There’s nothing I can say. And again, I’m sure I’ve made things worse. I’m sure just by saying what I’ve said that I have made things worse in many people’s minds,” Cross said. “But for what it’s worth, a lot of those people say, ‘You know what, I got that vibe, they’re dead to me, f— them, I kinda knew it, they’re a–holes.’ And they’re gone, and that’s too bad.”

Cross said he doesn’t regret defending Tambor after he was accused of sexual harassment and said he would be willing to work with Tambor again in the future, provided he and the rest of the cast continue to have deeper discussions.

“In other words, the longer way to explain it is, just because somebody I know does something s—-y, and behavior I disagree with, it doesn’t mean I’m going to drop him as friend. I support my friends, I continue to support my friends,” Cross said. “Jeffrey’s not the only guy I know accused of s—-y, bad hurtful behavior. I don’t condone it, but it’s not like, ‘Hey I’m never going to talk to you again and I’m only gonna talk shit about you.’ If I had a family member who did something bad, I’d go visit them in prison.”

Cross concluded the interview with an awkward sentiment pondering the future of his career.

“I can’t wait to see how my career is destroyed,” Cross said. “I’m looking forward to it.”