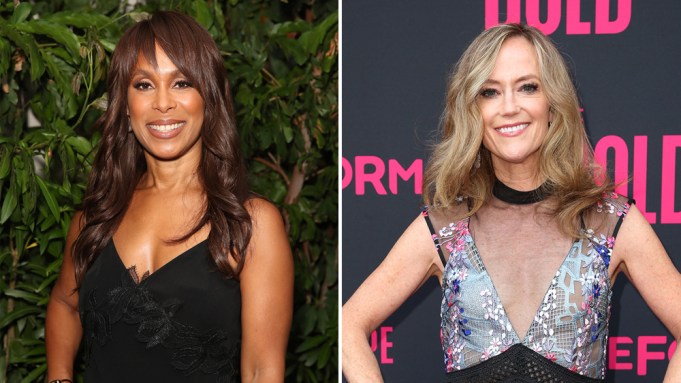 Channing Dungey, the first African American to lead a U.S. broadcast network, has departed her role as president, ABC Entertainment. Karey Burke, head of original programming for cable channel Freeform, has been tapped to replace her.

Dungey’s departure comes as corporate parent Disney prepares for a massive overhaul of its television business units tied to the pending acquisition of 21st Century Fox. Last month, Disney announced that Fox executive Peter Rice would take over the entirety of Disney’s non-sports TV operations, with fellow Fox veteran Dana Walden tapped to oversee ABC, Freeform, and Disney’s television-studio operations. The arrangement would have seen Dungey report to Walden, who had been co-head of Fox Broadcasting and 20th Century Fox Television.

“I’m grateful to Channing for her significant contributions and unwavering dedication to the success of ABC over the past 14 years,” said Disney CEO Bob Iger. “I’ve thoroughly enjoyed having the opportunity to work with and mentor Channing; her curiosity, passion and creativity will ensure she is successful in whatever path she chooses going forward.”

Iger added, “Over the past four years at Freeform, and throughout her career, Karey has proven herself a gifted leader with a strong track record of developing unique programming. Karey’s attention to, and intimate knowledge of, the audience, and a commitment to quality will be a great addition to the creative team at ABC.”

A 14-year ABC veteran, Dungey was tapped to head the network in 2016 after leading the network’s drama development team — shepherding series such as Shonda Rhimes’ “Scandal” and “How to Get Away With Murder,” which came to define the network’s brand. However, Rhimes exited her deal with ABC Studios last year for a lucrative pact with Netflix, with “Black-ish” creator Kenya Barris following suit earlier this year. Dungey’s stature in the industry grew this year when she made the decision to cancel the revival of “Roseanne,” television’s highest rated program, following racist comments made by series star Roseanne Barr.

Burke, who will reports to Walden, was named head of development at Freeform in 2014. Her replacement at the youth-skewing cable channel has not been named. Prior to joining Freeform, Burke was partnered with director Todd Holland in Dark Toy Entertainment, which they created in 2010. She also worked with Ashton Kutcher and Jason Goldberg as the third partner in their company, Katalyst Films. Burke oversaw the television division and a busy slate of scripted and reality programming, including “Miss Guided” and “The Beautiful Life,” in addition to the digital series “Blah Girls” and “Katalyst HQ.”

“I am thrilled to be joining the wonderful team at ABC, and look forward to working with them to create groundbreaking, and memorable, television together,” Burke said. “ABC is a beloved brand, and I am honored to continue the legacy left by Channing of excellent storytelling that touches so many people’s hearts. As for Freeform, we are coming off our strongest and most profitable year yet, and I am deeply proud of our bold, inclusive programming and brand. Moreover, the team at Freeform is as good as they come. I will miss them massively, and will be cheering them on loudly from down the street.”

Dungey added, “I’m incredibly proud of what the team and I have accomplished over the years, and all the meaningful and impactful programming we’ve developed. This job has been the highlight of my career. While I’ve loved every moment, and knew I could call ABC home for many years to come, I’m excited to tackle new challenges. The toughest thing about this choice is leaving all the immensely talented people I’ve grown to admire and care for, from Bob Iger, the best leader and mentor that anyone could have; to my peers and colleagues; to my talented team, who I will miss enormously. But knowing that Karey is taking over, a person that I like and respect so deeply, makes passing the baton a lot easier. I know that, together, under Peter and Dana’s leadership, they are going to achieve great things and I will be rooting for their success.”

Dungey’s departure means that each of the Big 4 broadcast networks have now seen major departures at the top levels of their executive ranks within the last year. As Variety exclusively reported in September, NBC Entertainment chairman Bob Greenblatt is stepping down from that role, while CBS chairman and CEO Leslie Moonves was forced out after multiple women accused him of sexual harassment and assault. At Fox, Gary Newman stepped down in October ahead of the Fox-Disney merger, with AMC exec Charlie Collier being named CEO of entertainment for the network.