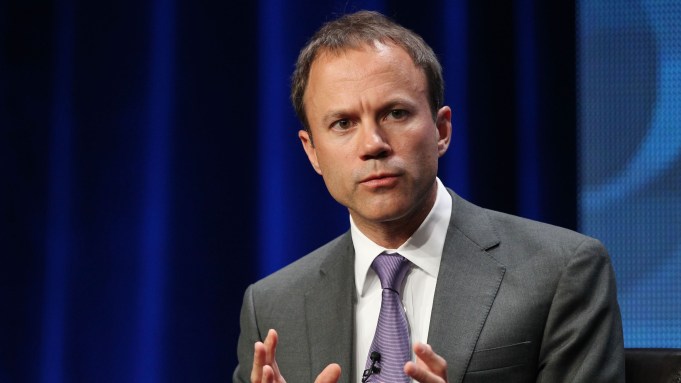 An investigation into claims of harassment at CBS News by law firm Proskauer Rose, ongoing since March, is expected to be completed by the end of August, the division’s top executive told staffers Thursday.

“In recent days we have been advised that the Proskauer investigation at the News Division is in high gear and is expected to return its conclusions this month,” CBS News president David Rhodes (above, pictured) said in a memo to employees. “The independent nature of this probe means News management does not get incremental updates on its findings — although one factor in its duration is that since March, we have added new areas of inquiry for the lawyers.”

Like its corporate parent, CBS News has been besieged by a set of allegations about sexual harassment and the culture of the company. A blockbuster article in the New Yorker by journalist Ronan Farrow cites interviews with 19 current and former CBS employees who claim Jeff Fager, executive producer of “60 Minutes” and a former chairman of the news division, turned a deaf ear to instances of harassment even as three financial settlements paid to employees of the newsmagazine were related to allegations of discrimination or harassment. The division has been under scrutiny since the ouster of former “CBS This Morning” co-anchor Charlie Rose, who left last year in the wake of allegations about harassment that were published in The Washington Post.

“I am greatly embarrassed. I have behaved insensitivity at times, and I accept responsibility for that, though I do not believe that all of these allegations are accurate,”Rose said in November. “I always felt that I was pursuing shared feelings, even though I now realize I was mistaken.”

Fager has denied the allegations. “It is wrong that our culture can be falsely defined by a few people with an axe to grind who are using an important movement as a weapon to get even, and not by the hundreds of women and men that have thrived, both personally and professionally, at ‘60 Minutes,’”he said in a statement to The New Yorker. The probe has been in place since before the CBS Corp. board this week hired two other law firms to investigate claims made in the New Yorker piece by six women against CBS CEO Leslie Moonves, as well as the culture of CBS as a whole. Moonves has acknowledged “making advances”  against some women. “Those were mistakes, and I regret them immensely,”he said in a statement to the magazine.

Proskauer’s efforts, led by Betsy Plevan, a specialist in employment and labor litigation, “will be part of the larger CBS investigation,”Rhodes said.”They are proceeding on that basis.”

The investigation could carry ramifications for “60 Minutes” in particular. Fager is one of only two executives to have supervised the long running show. The other is its founding producer, Don Hewitt.  Staffing for the show in July and August is typically light, as “60 Minutes” is in repeats during summer weeks. Some staffers however, have returned to the office to start shooting interviews and segments for new broadcasts in the fall season.

“I’m sure colleagues want to see resolution of this matter as soon as possible.  I do too,” Rhodes said.  Independent findings are critical to getting this right.”