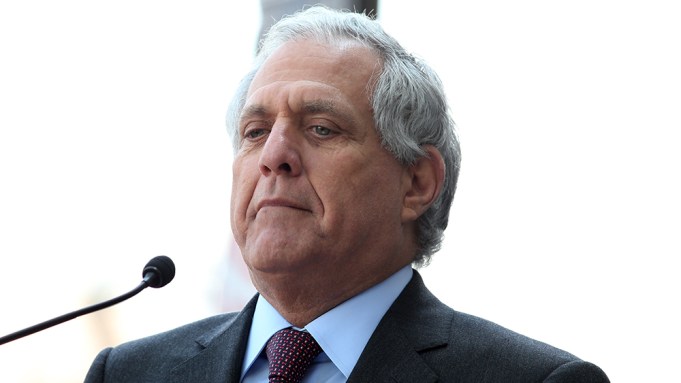 Two different law firms will investigate allegations of sexual harassment levied against CBS CEO Leslie Moonves, the company’s board of directors said Wednesday evening, part of a process that will likely determine the fate of the well-known Hollywood executive.

Covington & Burling and Debevoise & Plimpton, two top-flight legal entities, will handle the matter and “conduct a full investigation of the allegations in recent press reports about Chairman and CEO Leslie Moonves, CBS News and cultural issues at all levels of CBS,” the board said in its statement.

“The Board noted that it takes these allegations seriously and is committed to acting in the best interest of the Company and all of its shareholders, and is confident that the employees of CBS will continue to perform at a high level as this process unfolds.”

Six women alleged in an article published by The New Yorker last Friday that Moonves had accosted them sexually without their consent. In a statement to the magazine, Moonves said, “I recognize that there were times decades ago when I may have made some women uncomfortable by making advances. Those were mistakes, and I regret them immensely. But I always understood and respected—and abided by the principle—that ‘no’ means ‘no,’ and I have never misused my position to harm or hinder anyone’s career.”

Nancy Kestenbaum will represent Covington & Burling. She has experience looking into sexual impropriety, having led independent investigations of sexual misconduct for Choate Rosemary Hall, The Brearley School, and other institutions, and represented the United States Olympic Committee in connection with sexual abuse issues, according to the law firm’s web site. Mary Jo White, from Debeovise, is a former chair of the U.S. Securities and Exchange Commission and “focuses on counseling boards of directors and representing clients on significant and sensitive matters, including companies facing crises involving multi-faceted government investigations and cases,” according to a biography on the Debevoise site.

Moonves will have no role in the investigation and is “entirely recused” from it, the board said. Last week, the board said it continued to have faith in Moonves and his management team, declining to take any immediate action against him in light of the report. The board considered a range of topics during the meeting, according to a person familiar with the matter, but Moonves’ status was not put to a vote.

The matter is one of the most challenging situations CBS has faced as a publicly traded company. As an executive, Moonves has ties to nearly every function, from selecting series for the CBS broadcast network and its sibling Showtime cable outlet, to reviewing changes in on-air personnel at some of CBS News’ best-known newscasts. If he were to leave, much of the company’s senior team would likely turn over. At the same time, Moonves has been leading a legal battle against Shari Redstone, who controls CBS and its corporate sibling Viacom through stakes held by her family’s movie-exhibition business, National Amusements Inc. Redstone and Moonves have been at odds over the direction of the company and her hope of reuniting CBS and Viacom — a fight that erupted into lawsuits in May. Should he exit the company, the path would be cleared for Redstone to orchestrate the reunion of the two companies, which were split in 2006.

CBS’ board said it formed a special committee to oversee the investigation, comprised of Bruce S. Gordon, Linda Greigo and Robert N. Kleiger. Gordon, a former telecommunications executive, served as president and CEO of the NAACP between August 2005 and March 2007. Greigo oversees a business management company and is a former deputy mayor of Los Angeles. And Kleiger is a partner in the Los Angeles law firm Hueston Hennigan LLP who has represented Sumner Redstone, the founder of National Amusements. While Gordon and Greigo are considered to be acolytes of Moonves, Kleiger recently represented Redstone in matters involving quarrels with two former girlfriends as well as in a tough battle against the former CEO of Viacom, Philippe Dauman. He has also worked with Shari Redstone, Sumner’s daughter.

The board named Gordon as the lead independent director. Nine of the board members are considered independent, while the other five have ties to either CBS management or the Redstone family.

CBS is expected to discuss the company’s second-quarter performance in a conference call Thursday afternoon, at which Moonves will reportedly take questions from analysts.