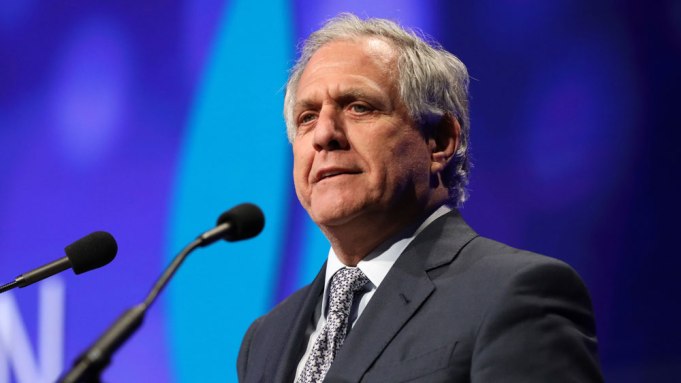 The CBS Corp. board of directors will investigate allegations of sexual misconduct that are to be raised against CEO Leslie Moonves in a report in the New Yorker expected to be published today. Moonves status as CEO is unchanged and independent members of CBS’ board voiced their “full support” at present for Moonves and the rest of his management team.

“All allegations of personal misconduct are to be taken seriously. The Independent Directors of CBS have committed to investigating claims that violate the Company’s clear policies in that regard,” the board said in a statement. Upon the conclusion of that investigation, which involves recently reported allegations that go back several decades, the Board will promptly review the findings and take appropriate action.

“The timing of this report comes in the midst of the company’s very public legal dispute. While that litigation process continues, the CBS management team has the full support of the independent board members. Along with that team, we will continue to focus on creating value for our shareowners,” the board statement said.

The board will hire an independent firm to conduct an investigation into the allegations, and is in the process of identifying the firm.

The allegations, some decades-old, are surfacing as Moonves and CBS are embroiled in a legal battle with parent company National Amusements Inc. (NAI) for control of the company. Moonves and Shari Redstone, vice chairman of CBS Corp. and Viacom and president of NAI, have been at odds over the strategic direction of CBS and are set to fight it out in a Delaware courtroom in October.

The sides have been in the thick of discovery and depositions during the past few weeks in preparation for the trial. Moonves, 68, has had the staunch support of the majority of CBS’ 14-member board, but the revelation of harassment accusations against the CEO will undoubtedly add a layer of complexity to the board’s evaluation of its best course in the legal case — and raises questions about Moonves’ continued leadership at CBS.

Moonves is just the latest media titan to come under fire for allegations of sexual harassment, inappropriate behavior and abuse of power in workplace settings. In the past two years, dozens of women have come forward with stories of harassment at the hands of powerful figures as the #MeToo movement emboldened women and raised the sensitivity in corporate America to abusive and coercive activity in the workplace.

Longtime “Today” anchor Matt Lauer and “CBS This Morning” anchor Charlie Rose were hastily forced out of their shows after multiple women offered harassment and abusive claims. Kevin Spacey was fired from Netflix’s “House of Cards” amid allegations he assaulted actor Anthony Rapp when Rapp was 14, among other men. Comedian Louis C.K. has retreated from public view and lost his production deal with FX after multiple women came forward with stories that he exposed himself to them without their consent.

Former Fox News chairman Roger Ailes was forced out of the empire he built in 2016 when former Fox News anchor Gretchen Carlson filed a sexual harassment suit against him. Former Fox News star Bill O’Reilly was also fired after a New York Times report on the many harassment settlements involving the anchor over the last 15 years. Disney/Pixar leader John Lasseter, Def Jam founder Russell Simmons, and filmmaker Brett Ratner are also among the industry figures who have been ostracized following allegations of harassment or worse.

If Moonves were to be forced out at CBS, he would not be easy to replace. One of the industry’s most powerful figures, Moonves is highly regarded for his creative skills and instincts about shows and stars with the potential to yield broad-based hits. As CEO, he also impressed investors by navigating CBS through the digital upheaval of the past decade. He took CBS into the OTT arena with the CBS All Access and Showtime standalone services, and CBS reaped the rewards of licensing its vast library of TV programs to Netflix and other digital platforms.

Moonves is known for maintaining a close-knit team of top executives who have long worked with him at CBS and some even before during his years at Lorimar and Warner Bros. TV.

Moonves started out as president of CBS Entertainment in 1995 and restored the Tiffany network’s standing as the nation’s most-watched network with such hits as “Everybody Loves Raymond,” “CSI,” and “Survivor.” He was promoted to head of CBS Television in 1998 and to chairman in 2003, and when CBS and Viacom were split up in 2006, he went solo as president and CEO. He became chairman in 2016 when ailing media magnate Sumner Redstone was forced by pressure from investors to shift to the chairman emeritus role.

Moonves’ relationship with Shari Redstone has been fraught and irreparably damaged by the legal blow up. It has been widely held that if CBS loses its fight to slash Redstone’s voting power from 80% to 20%, Moonves would leave the company.

CBS had filed a lawsuit against NAI on May 14, accusing its controlling shareholder of breach of fiduciary duty by pursuing an agenda that went against the interests of all CBS shareholders. NAI, which also controls Viacom, has vehemently denied CBS’ allegations and vowed to stop the effort to strip NAI of its voting control in the company. The CBS board on May 17 voted 11-3 to issue a special dividend to shareholders that would have the effect of diluting NAI’s voting control over CBS through controlling nearly 80% of voting shares. NAI quickly responded with a suit of its own against CBS and its board members, challenging their right to issue the dividend.

Redstone firmly believes CBS and its sister company, Viacom, would be worth more together than they are apart, particularly in a world where rivals are getting bigger. Her thinking, says a person familiar with it, is that Viacom’s cable networks attract a young, diverse viewership that would add breadth to CBS. The company’s vaunted Paramount studio and its infrastructure in foreign markets would only help.

At CBS, the thinking is that the combination is not in the interest of shareholders. One worry is that having to negotiate carriage deals for Viacom and CBS together would crimp the leverage the latter enjoys with cable and satellite distributors.