Everything We Know About ‘Castle Rock’ 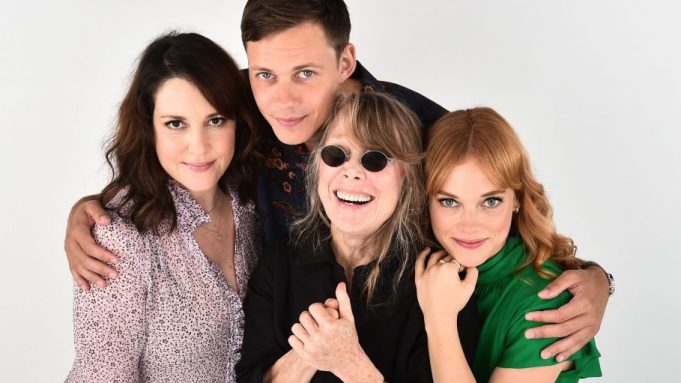 “Castle Rock,” Hulu’s latest psychological-horror series from the Stephen King oeuvre, is set to premiere Wednesday, July 25. After the recent release of the eerie trailer for the first season and a packed panel discussion at Comic-Con this weekend, details about the horror-thriller starring Bill Skarsgard and Andre Holland are starting to come together.

Here’s what we know so far about the anthology series set in the most famous fictional town in the Stephen King universe.

It shouldn’t come as a surprise that another chilling mystery has reared its foreboding head in the fictional town of Castle Rock, Maine, as the ill-fated spot has played the central setting in a number of King tales like “Cujo,” “The Body,” and “Needful Things.” Because “Castle Rock” is an important town in the Stephen King library, co-creator and executive producer Sam Shaw explained at the ATX Television Festival, receiving the go-ahead for the series from King himself was crucial to him and his collaborator, Dustin Thomason. “We needed and wanted to have his blessing.”

King fans who’ve read up on his 1990s-era novels will be familiar with Scott Glenn’s character, Alan Pangborn. The show will feature scenes with Pangborn set in the 1990s, which were shot on film as compared to the digital shooting they did with his present-day story set decades later, producers told Variety. Pangborn was the former sheriff of Castle Rock, and during his tenure he faced off against a malevolent demon disguised as a curio shop owner and the evil spiritual twin of a novelist. Pangborn was also previously played by Ed Harris in the 1993 adaptation of “Needful Things.”

Andre Holland Is Our Way Into the Story

As is seen in the trailer, the mystery all begins with Henry Deaver, as portrayed by Andre Holland. The “Moonlight” actor’s ability as someone “who really brought you into a world and made it feel totally true and and human and natural, even as strange occurrences began to happen around them” was essential to his landing the part of the death row attorney with a unique and complicated history, according to Thomason.

King Veterans and Fresh Meat Comprise the Cast of Townies

No stranger to King adaptations, Bill Skarsgard, who is already set to reprise his role as Pennywise in “It: Chapter 2,” will be playing the man at the center of the first season’s mystery set in Shawkshank Penitentiary. Another veteran King universe cast member is Sissy Spacek, who Thomason called “sort of the original Stephen King star” for her titular role in “Carrie.” Spacek plays Deaver’s adoptive mother. Additional cast members include Glenn, who plays Spacek’s character’s “seen-it-all sheriff” boyfriend and Terry O’Quinn, whose character grew up in Castle Rock and saw many tragedies pass through the town. Melanie Lynskey appears as Molly Strand, a woman with a rare medical condition who’s barely scraping by as a real estate agent in a town where every third property is the site of someone’s worst nightmare. Allison Tolman was cast to play Lynskey’s sister after tweeting at Lynskey to congratulate her on booking the role and suggesting that they should play sisters.

This is J.J. Abrams and Stephen King’s Second Hulu Collaboration

Previously teaming up for “11.22.63” starring James Franco, “Castle Rock” marks the second time Abrams and King are coming together as executive producers for the streamer. In particular, for a story exploring “the kinds of people who would stay in a town after experiencing demonic dogs and serial murderers,” as Shaw puts it, the waters for such a pitch had previously been tread at Abrams’ Bad Robot banner. “It was our understanding that we were not the first people to knock on his door and ask for a cup of sugar and to set a show in the town of Castle Rock,” Shaw said. But once Abrams and Warner Bros. made the series a go, King “was flexible and gave us great license,” Shaw said of the writer.

‘Castle Rock’ Is an Anthology Series

Like the “seasonal anthology style” of storytelling Ryan Murphy made a trademark, viewers will watch one story “run its course throughout the episodes” of the first season, Shaw noted. It will focus on the town as a place that has been “visited and revisited,” featuring some characters that are from the Stephen King universe and some that just share DNA-style traits with previous Stephen King characters. Both Shaw and Thomason like the idea of the town as a kind of “advent calendar” and being able to jump around in time and bring in different characters that “intersect in different ways.”

Like the spring launch plan of Season 2 of “The Handmaid’s Tale,” “Castle Rock” will premiere three episodes available at once on Wednesday, July 25. The following episodes will then be released one at a time. Shaw admitted that the decision was “above his pay grade,” but thinks that the “IV drip” way of television rolling out slowly was the right way to go for the series — especially with darker material. “There are…horror movies and stories that are uncomfortable because you don’t know what to expect from them,” Shaw said. “There’s something queasy-making and unsettling about entering into scenes and stories and not [being] exactly sure what to be afraid of or what you don’t need to be afraid of. And that’s what Stephen King does.”

The First Episode Was Screened at Comic-Con

During their panel in Ballroom 20 on Friday, July 20, Hulu gave the audience an exclusive screening of the show’s pilot, which centers on Henry Deaver, a capital punishment lawyer who was rescued by Alan Pangborn from drowning in a frozen lake in the 1990s, returning to Castle Rock to solve a mystery involving his father and a mysterious Shawshank prisoner found in an unused cell block.