Continue to Variety SKIP AD
You will be redirected back to your article in seconds
Nov 13, 2018 11:42am PT 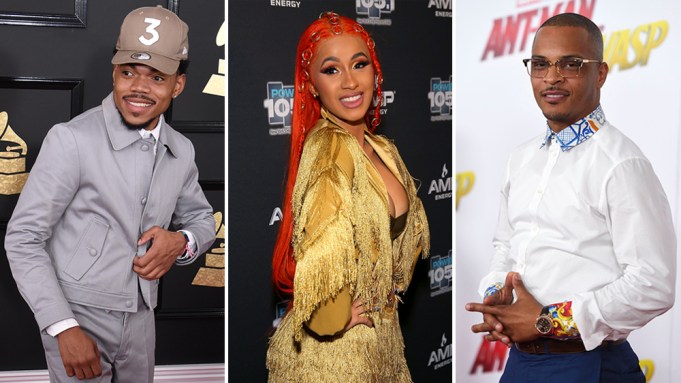 Cardi B continues to take over the entertainment world, and now, the chart-topper can add reality television judge to her resume.

Cardi B will serve as a judge on Netflix’s upcoming hip-hop music competition series “Rhythm + Flow,” along with T.I. and Chance the Rapper. They will be joined by additional artists and industry veterans throughout the show.

With the three big names signing on, Netflix has officially given the show the green light, after putting the project into development more than a year ago.

Cardi B, T.I., and Chance the Rapper aren’t the only A-listers involved. Newly minted EGOT winner John Legend, Mike Jackson, and Ty Stiklorius will serve as an executive producer through Get Lifted Film Company, along with former NBC chairman Jeff Gaspin of Gaspin Media, Jesse Collins for Jesse Collins Entertainment, Nikki Boella, Jeff Pollack, Cardi B, Chance the Rapper, and T.I. It’s unclear if Legend might appear in any on-camera capacity, though a host has not been named yet.

“Rhythm + Flow” — launching in fall 2019 — is a classic, flashy competition series, but with a twist, focusing specifically on hip-hop music, which has never been at the forefront of any major unscripted music TV competition.

For Netflix, “Rhythm + Flow” marks a continuation in unscripted programming for the company, which has made a major push into non-scripted fare with content like the athletic competition series “Ultimate Beastmaster,” the Emmy-winning “Queer Eye” reboot, docuseries like “Making a Murderer,” an interview series with David Letterman, and many attempts at late-night-type shows hosted by Chelsea Handler, Joel McHale, Michelle Wolf, and most recently, “Patriot Act With Hasan Minhaj.” But Netflix has never taken a crack at a music competition series, indicating a rare instance where the streaming giant is taking a note from the broadcast networks, which have had long-running, lucrative success with shows like “American Idol” and “The Voice.”

For Cardi B, insiders tell Variety that the rapper has been in talks with Netflix for quite some time regarding the show. Her involvement was made possible because of a relatively quick shooting schedule that won’t require too much time for the in-demand star — who, according to insiders, is getting a hefty seven-figure paycheck to serve as a judge for the 10 hourlong episodes.

Auditions will begin this fall across the U.S., including in the judges’ hometowns of Atlanta, Chicago, and New York. Local rappers from each audition city will serve as guest judges.