TV Cancellations: Which of Your Favorite Shows Got the Ax? 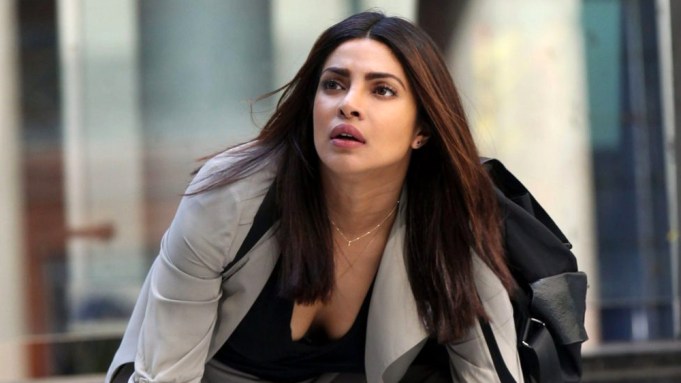 UPDATED: Annual upfront presentations in New York are fast approaching, and networks are saying goodbye to several shows — some longstanding, others short-lived. The cancellations of series like “Quantico,” “Designated Survivor,” and “Lucifer” are making space for new programs in the fall.

“Quantico”: The Priyanka Chopra-starrer won’t survive to see a fourth season after a showrunner shuffle that ended with Michael Seitzman taking over for Joshua Safran in Season 3. Three episodes into its third season, “Quantico” is averaging a 0.5 rating in the 18-49 demo and 2.3 million total viewers, according to Nielsen live-plus-same day numbers.

“Designated Survivor”: The presidential drama starring Kiefer Sutherland as America’s last-expected leader ate through four showrunners in two seasons. The show was on a search for its own designated survivor — a fifth showrunner — for a projected Season 3 when it got the axe. The second season averaged 3.98 million total viewers and a 0.72 in the 18-49 demo.

“Alex, Inc.”: The comedy series starring Zach Braff as a businessman dad balancing his family and his new startup is done after one season. “Alex, Inc” averaged a lackluster 3.5 million total viewers and a 0.87 rating in the 18-49 demo.

“Deception”: The new series couldn’t find a trick up its sleeve to make it to a second season. It centered on magician Cameron Black (Jack Cutmore-Scott) who, once ostracized from the world of illusions due to a scandalous car accident that left a woman dead, used his skills in the art of deception to aid the FBI in catching elusive criminals.

“The Crossing”: The freshman show, which starred Steve Zahn as the sheriff of a small fishing town who must decide how to handle dozens of refugees washing up on his shores, claiming they are fleeing a future war-torn America, couldn’t reel in big enough ratings.

“Brooklyn Nine-Nine”: Fox canceled the beloved situation comedy after five seasons. The series starred Andy Samberg, Andre Braugher, Terry Crews, Melissa Fumero, Stephanie Beatriz, Joe Lo Truglio, Chelsea Peretti, Dirk Blocker, and Joel McKinnon Miller. But the show will live on; the series was picked up by NBC a day after it got the boot.

“The Mick”: Fox also axed “The Mick” after a two-season run. The series followed Kaitlin Olson as the titular Mickey, a woman stuck raising her spoiled niece and nephews after their parents are arrested for defrauding the IRS.

“The Exorcist”: After a quick two-season run, the horror series created by Jeremy Slater and starring Alfonso Herrera, Ben Daniel, and Kurt Egyiawan won’t be resurrected. “The Exorcist” was Fox’s lowest-rated program this year, averaging 1.32 million total viewers and a 0.41 rating in the 18-49 demo.

“Taken”: A prequel to the Liam Neeson film franchise of the same name, the CIA agent drama starring Clive Standen and Jennifer Beals won’t return to NBC for a third season. The decision comes on the heels of major changes in the second season that resulted in a new showrunner and the exits of several cast members. The series is being shopped elsewhere as producers seek a new U.S. platform for the series, whose title has strong international brand recognition.

“Great News”: It’s bad news for “Great News.” The comedy series, starring Briga Heelan and Andrea Martin as a mother-daughter duo working in television news, won’t broadcast a third season on NBC. Season 1 averaged a 0.8 rating in adults 18-49 and 3.4 million viewers in Live+Same Day, with Season 2 dropping to a 0.7 and 3 million.

“The Brave”: After just one season on NBC, the expert military team of “Brave” won’t be returning for a sophomore run. One of three broadcast military dramas to debut during the 2017-2018 season, the series averaged a 0.9 rating in adults 18-49 and 4.6 million viewers in Live+Same Day after 13 episodes.

“Life Sentence”: The CW canceled the series starring “Pretty Little Liars” alumna Lucy Hale. The actress tweeted out the news, writing, “Sometimes things don’t resonate with the audience and shows just don’t work, but I’m so proud of what we accomplished & for the experience I had.” It was averaging a 0.15 rating in the 18-49 demo and drawing less than half a million total viewers, making it the lowest rated series on the CW’s schedule this year.

“Valor”: The series starring Matt Barr, Christina Ochoa, Charlie Barnett, Corbin Reid, W. Tre Davis, Nigel Thatch and Melissa Roxburgh as U.S. Army helicopter pilots marks yet another military drama to bite the dust after one season. Its season concluded in late January 2018 with an average of 958,000 total viewers and a rating of 0.21 in the 18-49 demo.

“The Expanse”: The intergalactic police drama starring Steven Strait, Cas Anvar, and Dominique Tipper will cap its space odyssey at three seasons. The third season is currently averaging a 0.2 rating in adults 18-49 and 570,00 viewers per episode in Live+Same Day.

“Kevin Can Wait,” starring Kevin James, was canceled by CBS after two seasons. Despite a creative redraw between seasons one and two, “Kevin Can Wait” still saw a large ratings slide into season two. Sony Pictures Television will shop the series to other buyers.

“Scorpion”: The procedural drama starring Elyes Gabel got the axe after four seasons. Despite relatively high ratings compared to other cancellations, “Scorpion’s” 1.5 rating among adults 18-49 wasn’t enough for CBS to renew.

“9JKL”: The first year comedy’s cancellation was not surprising. The multi-camera sitcom was based on the life of series star and executive producer Mark Feuerstein. Feuerstein played an actor who moves home to New York after his divorce, living in an apartment sandwiched between his overbearing parents on one side and his brother, sister-in-law and their new baby on the other.