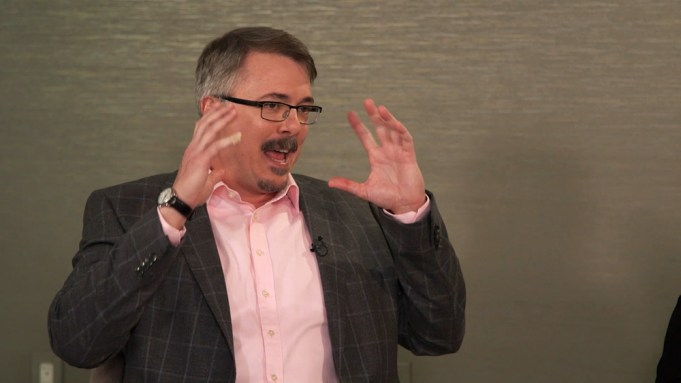 “Breaking Bad” is one of the most acclaimed shows of the past decade, but it wasn’t always smooth sailing to create the hit series.

In honor of the 10th anniversary of the “Breaking Bad” premiere, creator Vince Gilligan, and the show’s producers and writers sat down with Variety‘s Maureen Ryan to reflect on the show.

Gilligan recalled a time when “they were all against me” after proposing the idea of how Jane (Krysten Ritter), the girlfriend and landlord of Jesse Pinkman (Aaron Paul), would die in Season 2. In the episode, Walter White (Bryan Cranston) breaks into Jesse’s home and tries to wake him up, also accidentally turning Jane onto her back after a drug binge. She starts choking on her own vomit, but Walt doesn’t save her, thinking she is a bad influence on Jesse.

“The one time I was about to say was Jane, that was a big one,” he said. “Again, like I said, I don’t remember who said what 90% of the time, but I do remember I kind of bungled into Jane choking to death on her own vomit and Walt not stopping it from happening. I think my first thought was, ‘Let’s just have Walt give her a hot dose of heroin and actively murder her.'”

He added, “It’s one of those things where you’re pitching to the window and you turn around and everyone is just looking at you with abject horror. That was a big one.”

“Breaking Bad,” centered on a high school teacher who starts producing meth to financially support his family after learning he has terminal cancer, ran for five seasons on AMC, debuting in January 2008. For the full interview with the show’s writers and producers, check back on Variety.com on Wednesday.