Bill Hader Reveals the Terrifying Reality of Auditioning for ‘SNL’ 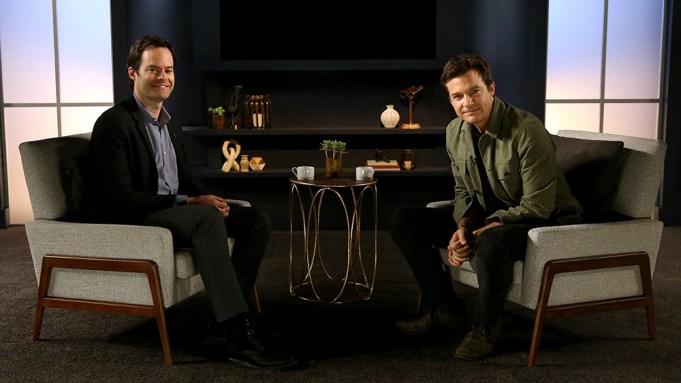 In a conversation between Jason Bateman (“Ozark”) and Bill Hader (“Barry”) for Variety’s “Actors on Actors,” presented by Shutterstock, the two comedians discuss Bill Hader’s terror-inducing audition process for “Saturday Night Live” where laughing is not encouraged among the judges.

“The guy — a buddy of mine — went up before and he came back and he went: “I just — I could hear myself walking around up there. It was terrible,” Hader said.

When it came time for Hader to step up, he introduced himself and the character he created: Vinny Vedecci. “I just immediately started doing the: ‘Well, sit down. Don’t get offended.’ And Tina Fey, who I could see, went: ‘Ha!’ And I went: ‘Oh, God. Okay, good.’ And I relaxed,” Hader confessed.

The “Barry” star and longtime “SNL” veteran also disclosed how he could not help but laugh uncontrollably during Kate McKinnon’s audition for the sketch series. “They were like: ‘You have to leave,'” he jokingly recalls.

“But Kate McKinnon,” Hader remembers, “she did Temple Grandin at the Emmy’s trying to get a word in as they were doing the acceptance speech. She was like: ‘The story was based on my — I’m sorry. Okay. It was based on my life, if I — oops, sorry.’ And it was one of the funniest things I had ever seen.”

The Emmy Award-winning “Actors on Actors” series will air in two episodes on PBS SoCal KOCE, the first on Tuesday, June 19 at 7 p.m. and the second on Thursday, June 21 at 7 p.m. Both episodes will stream on pbssocal.org  following their premieres.