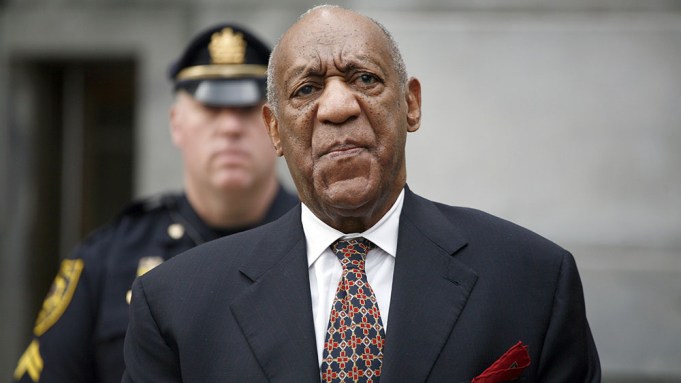 The Television Critics Association (TCA) has voted overwhelmingly to rescind the Career Achievement Award given to Bill Cosby in 2002, the group announced Tuesday.

This marks the first time the TCA has ever taken away one of its awards. The revocation of the honor will be noted in the organization’s official online records.

“Since the inaugural TCA Award for Lifetime Achievement was presented to Grant Tinker in 1985, this is the first time there has been a groundswell to vacate an honor,” TCA president Daniel Fienberg said. “It was essential that the entire membership have the opportunity to vote and the results were decisive.”

The move comes as Cosby is due to be sentenced for molesting a woman at his home in Philadelphia in 2004, a crime for which he was found guilty in April of this year.

The judge in the case previously declared Cosby a “sexually violent predator,” meaning that the disgraced 81-year old comedian will be subject to reporting requirements imposed on other sex offenders. The district attorney in the case has asked the judge to impose the maximum sentence of 5-10 years in prison, while Cosby’s defense team has argued he should be allowed to serve any sentence under house arrest.

Though Cosby has been accused of drugging and sexually assaulting dozens of women over the course of his career, this marks the only criminal case to be brought against him.