The year so far has been crammed with so much great television that even with many standbys absent from the scene — fan favorites including “Better Call Saul,” “Game of Thrones,” and “Veep” have not broadcast episodes in 2018 — a list of the year’s great TV feels comprehensive, even with half the year to go. This list of 13 television shows and one TV movie, a mix of new and returning broadcasts, is an attempt to name some of what stood out most sharply to Variety‘s critics: Those shows that, in an unprecedentedly crowded landscape, demanded our attention and earned our appreciation. The first half of the year has been strong enough to make the eventual task of winnowing down a year-end best list seem very difficult indeed; for now, here are some shows from the past six months worth catching up on.

In its final moments, “The Americans” made its case not merely as one of the best shows of 2018 so far, but of the decade. Its characters, having spent seasons pushing off inevitable conversations, were finally forced to deal with the consequences of history and with the impossibility of their situation as spies living undercover. Throughout the season, tension built, but it was defused less with catharsis than a stunningly right, low-fi ending; in the show’s final moments, Keri Russell’s Elizabeth and Matthew Rhys’s Philip, having shed their American identities along with their American children, tenuously look to a future in a Soviet Union about to collapse. For fans of a show whose mastery of interpersonal dynamics was unlike any other series in recent memory, this ending provided fireworks enough. — Daniel D’Addario 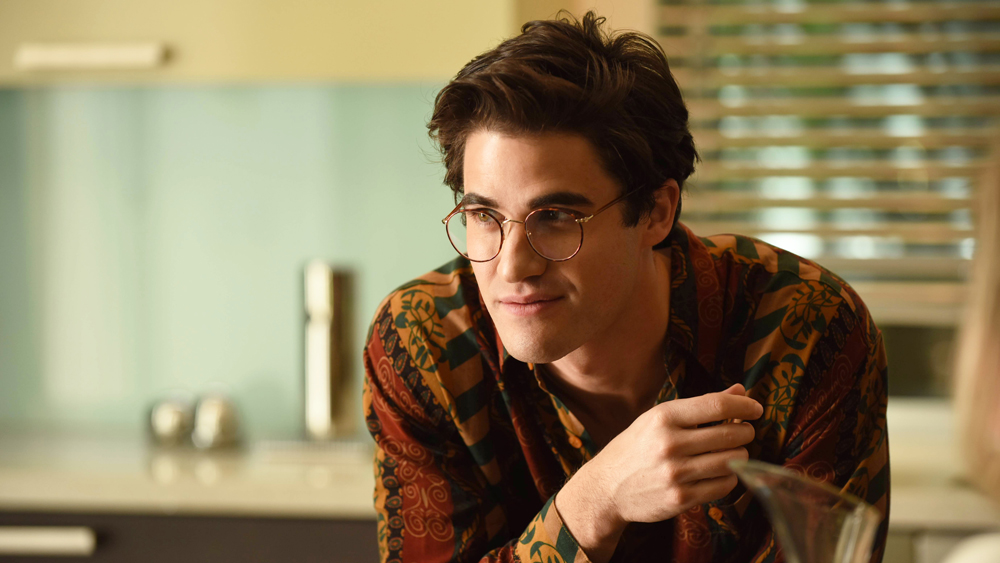 It’s not completely surprising that this second round of “American Crime Story” didn’t get as much attention as its “People vs. O.J.” season. For one, every episode essentially acts as its own excruciating horror story, ramping up the tension to near unbearable degrees as serial killer Andrew Cunanan (an electric Darren Criss) tears through victims. For another, the series tells the very real, ugly, and undeniably recent history of homophobia in the United States, laying bare its costs and enduring consequences. The series could be very hard to watch, but its unrelenting gaze made for some of the year’s most compelling television. — Caroline Framke

TV’s most daring show continued to push boundaries in Season 2, mixing and remixing genres to become an even more assured version of itself. The season was framed around the fact that hometown heroes(?) Earn (creator Donald Glover) Paper Boi (the great Brian Tyree Henry) have achieved the level of success that make them recognizable, but not especially powerful. But every new episode introduced a new world of possibilities, confronting the trappings of fame, the double standards of powerful gatekeepers, and the inner demons that live on no matter what. Plus, season 2 recognizes that it’s got two fantastic actors in Zazie Beetz and Lakeith Stanfield as Van and Darius, giving both more to chew on in their own standout episodes (“Helen” and “Teddy Perkins,” respectively). — CF 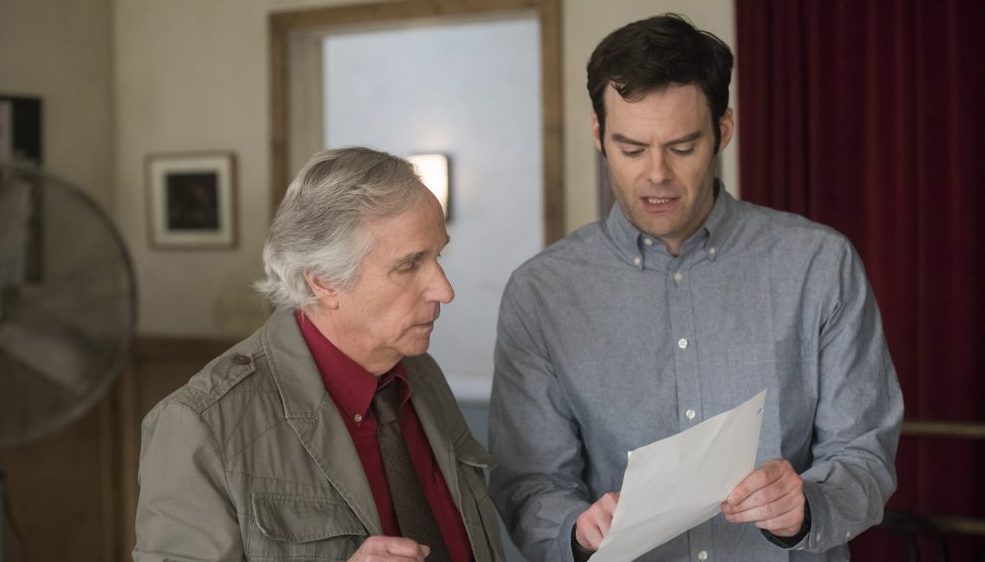 A sharp and clever look inside the world of aspiring actors and a pitch-dark drama about recovery from trauma butt up against each other in this half-hour from Bill Hader, who plays a military veteran gifted at killing people but dreaming of something more. On a job, Hader stumbles upon an acting class whose participants aren’t untalented, exactly, but who are reaching for something far beyond their grasps. Their disconnect from reality rhymes with his own, and Barry takes the opportunity to try to escape his life even as it haunts him. The culmination, in a season finale that provided a methodical, painful conclusion — Barry can never outrun his skills and his associations — was something majestic, played with more pathos than the gifted Hader had ever summoned before. — DD

Katja Blichfeld and Ben Sinclair’s adaption of their own web series is one of the only TV shows to capture the true grit, electricity, and surprising sources of compassion of living in New York City. Every episode follows a different client of the Guy (Sinclair), who bikes around the city delivering weed with a slow grin and an endless fascination with his millions of neighbors. And even as the second season delved deeper into who the Guy is outside his job, it also found ways to tie together the living, breathing stories all around him in new and lovelier ways than ever. The premiere episode (“Globo”) is a particular standout, detailing the ways in which an entire city of shocked people deals with trauma so big, they can’t even name it. — CF

Jane the Virgin (The CW)

It’s hard to be consistently great four seasons deep into a show — but it appears as though no one told that to “Jane the Virgin,” which went ahead and had one of its best seasons yet. Flashing forward three years after Jane (Gina Rodriguez) lost her husband (Brett Dier), the show gave Jane the room to grieve, grow, and discover who it is she wants to be. The dramedy also continued to prove that it has one of TV’s best ensemble casts, particularly as Rogelio (Jaime Camill) and Alba (Ivonne Coll) grappled with Xiomara (Andrea Navedo) undergoing treatment for breast cancer, and Petra (Yael Grobglas) grappled with her feelings for her suave lawyer (Rosario Dawson). The CW has since announced that Season 5 will be “Jane the Virgin’s” last. Judging by how strong Season 4 was, it seems likely that the show just may go out on top. — CF

It was hard to know what to expect from Phoebe Waller-Bridge (“Fleabag”) taking on an adaptation of spy versus assassin novels, but the result is so slick and fun that it proved impossible to resist. “Killing Eve” quickly became one of the year’s biggest success stories, adding more viewers with every week of its twisting, intertwining mysteries. Sandra Oh and Jodie Comer turned in two stellar performances as the show’s core duo, equally fascinated and attracted to each other even as they know that nothing good can come of them making contact. The show is prickly and strange, stylized and luxurious, and above all, addictive as hell. — CF 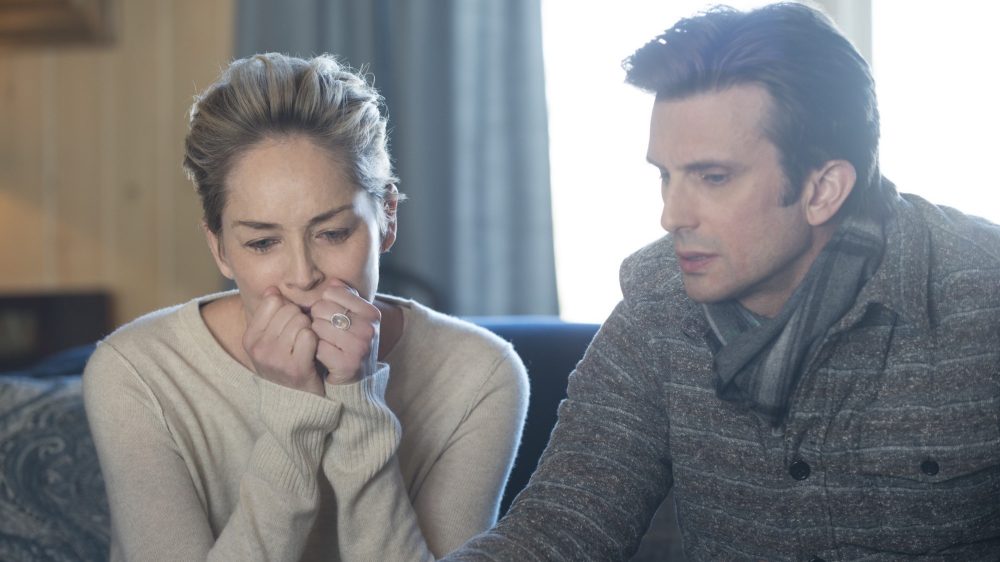 Steven Soderbergh’s attempt to change television through an interactive story on an app didn’t gain enough steam to accomplish its goal. (Reinventing a medium only works, really, if the fans are on board.) But the properly edited version — gathering the tale into a straightforward, chronologically organized murder mystery — deserved more fanfare. For one thing, Soderbergh is terrific at turning the stuff of quotidian American life — dinner-table conversations, banter among cops — into the stuff of lofty drama. For another, Sharon Stone, playing the victim at the center of the case, is as thrillingly alive as she’s been onscreen in years. It was a juicily damaged character played with startling intensity that made for a perfect victim — when she left the story, you felt her absence. — DD

One Day at a Time (Netflix)

In its second season, “One Day at a Time” managed to outdo its great first season to become truly excellent. Following a Cuban-American family in Los Angeles, the multi-cam sitcom tackled topics both timely and timeless with heart, wit, and compassion. Standouts Justina Machado and Rita Moreno both got more challenging material than ever as Penelope (Machado) battled her depression and Lydia (Moreno) came to grips with her age. Both turned in unforgettable performances that, by all rights, will be recognized as such for years to come. It’s been said before, but we’ll say it again: if you’re looking for a “Roseanne” replacement, you can do no better than “One Day at a Time.” — CF 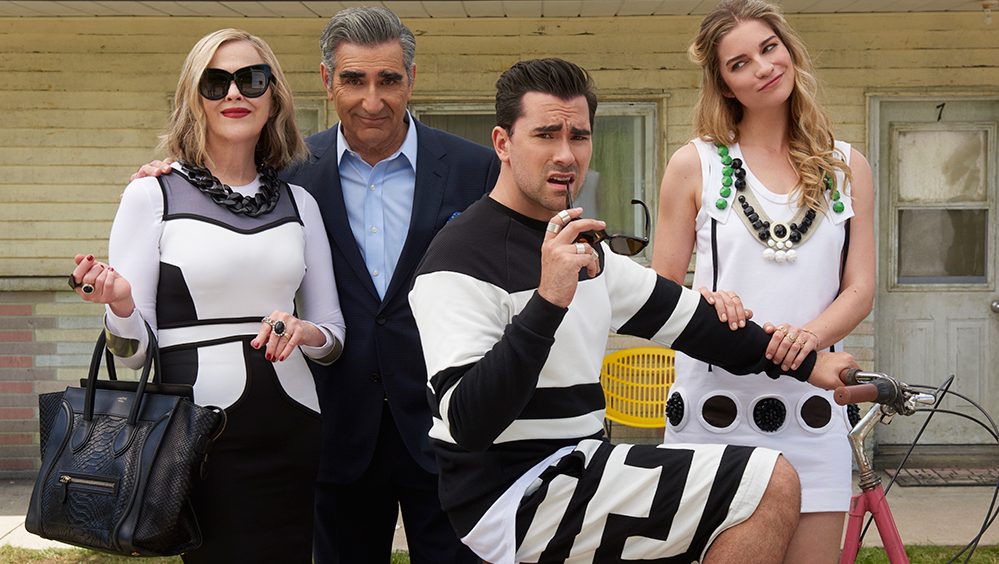 The Canadian comedy about a rich family stripped of everything began as a delightfully silly showcase for its cast, including Dan and Eugene Levy (who co-created the show), the ever-incredible Catherine O’Hara, and the surprisingly formidable Annie Murphy. But four seasons later, “Schitt’s Creek” has evolved right alongside its characters to become more confident and mature. Dan Levy, who also serves as writer and showrunner, finds a worthy partner onscreen in Noah Reid’s Patrick. Murphy more than holds her own as her spoiled Alexis lets herself open up. And the reliable team that is Eugene Levy and O’Hara build on decades of working together to make their married characters ring both true and deeply absurd. — CF

NBC’s solid-as-a-rock workplace comedy — which follows the everyday trials and tribulations of employees at a big box store — quietly wrapped up its third season this year by giving in to the “will they, won’t they” romance that has loomed large since day one. But for as fun as America Ferrera and Ben Feldman are as the bantering Amy and Jonah, “Superstore” became as good as it is thanks to the deep bench of talent in its supporting cast. Every episode features sharp jokes delivered with straightforward deadpans, whether from Colton Dunn’s reluctant Garrett, Lauren Ash’s militant Dina, or Nico Santos and Nichole Bloom’s eye-rolling Greek chorus. And as the perpetually woebegone Sandra, Kaliko Kauahi is a genuine scene-stealer. Come for the workplace hijinks, stay for the slyly smart punchlines — and trust us, there are a lot of them. — CF 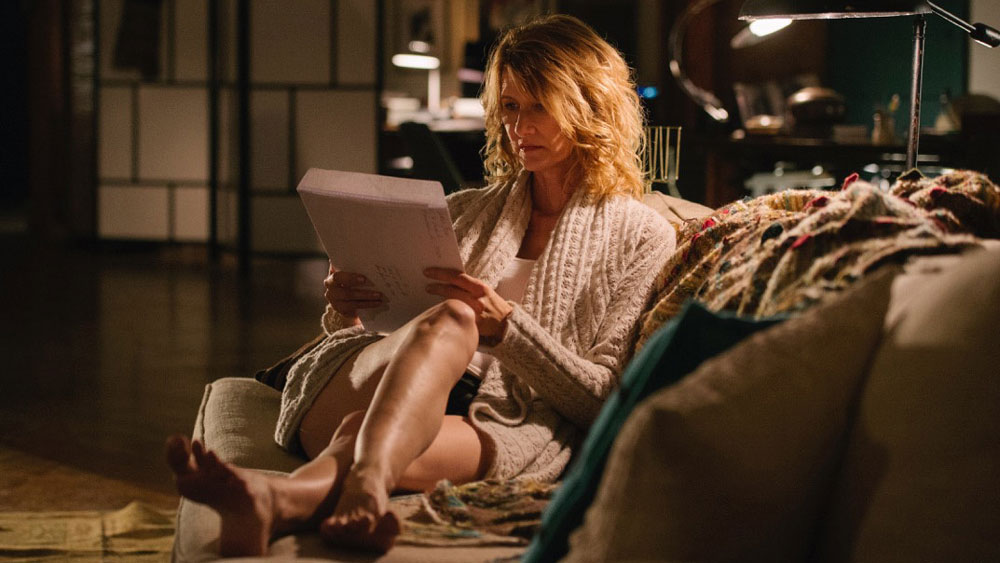 Jennifer Fox’s film, originally shown theatrically at the Sundance Film Festival, seems to have found its perfect home on TV: It’s almost too intense to watch anywhere but one’s own home. The autobiographically-derived story of how Fox (a never-better Laura Dern) came to uncover the story of her methodical grooming and sexual assault — a story she’s convinced herself to forget, even though as a teenager she documented it in writing — is told with a documentarian’s rigor and an artist’s sensitivity. As Fox comes closer to the truth about her own story, she visibly unravels onscreen; behind the camera, the real Fox never lets her focus or her moral clarity flag. — DD 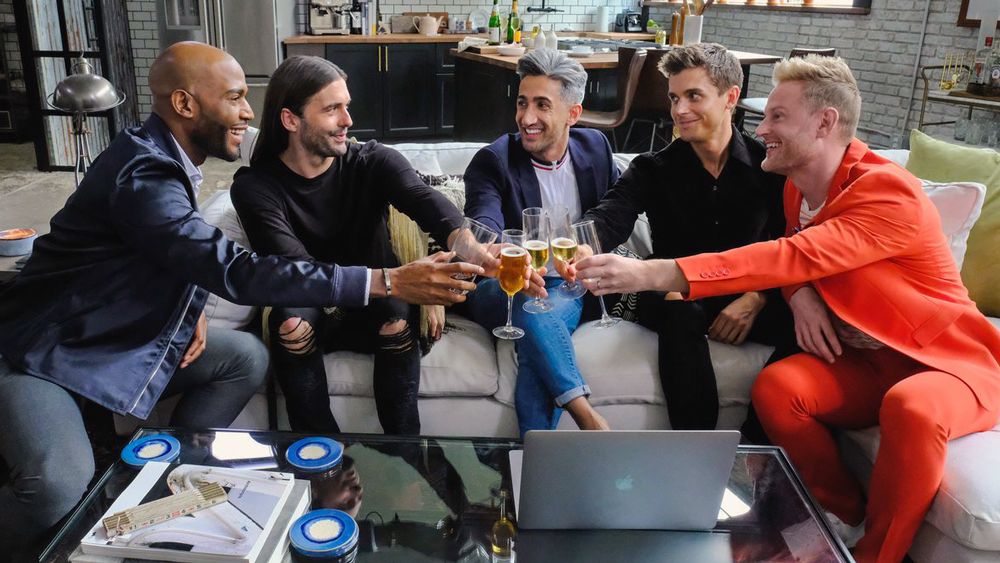 This property felt like something better left in the past: The original “Queer Eye for the Straight Guy,” on Bravo, told a story of fastidious gay helpmeets turning straight men into something close enough to GQ models. It was fun, but also deeply 2003. Fifteen years later, “Queer Eye” shed the “Straight Guy” — this group helps folks across the spectrums of gender and sexuality — and took on a new attitude. The central five aides work towards putting into practice meaningful change that can be carried out after they leave, and express in their mien a chummy, companionable way of existing together that feels unlike most other depictions of gay folks on TV right now. It feels something close to real.  — DD

HBO’s flagship while “Game of Thrones” tarries in production, “Westworld” leveled up in its second season with a level of ambition — for spectacle, for big and bold statements, for more — that perhaps only its Westerosi network-mate shares. Skittering through time to tell its story, “Westworld” took what it had established about the rapaciousness and cruelty of man in its first round and both used it to depict a boundless universe of misdeed and deflated it with a powerful story of rebellion led by two androids with very different approaches. Evan Rachel Wood, as the vengeful Dorothy, and Thandie Newton, as the more sly Maeve, both topped their own Season 1 work as they discovered new corners to their universe, and new ways in which they might be morally and logistically the betters of humans. — DD