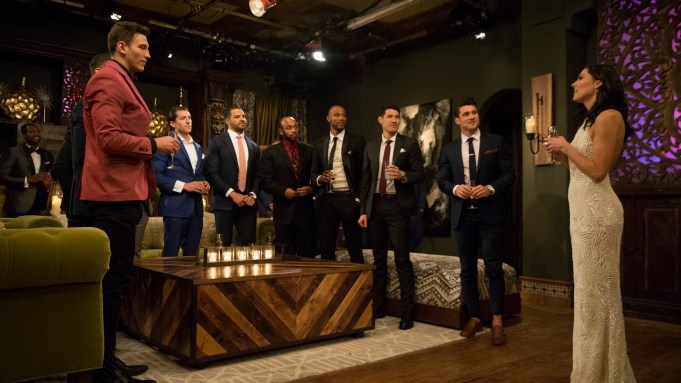 “The Bachelorette” Season 14 debut on ABC Monday night was down in the overnight ratings compared last season’s premiere, making it the lowest-rated season premiere in the show’s history. On NBC, Game 1 of the Stanley Cup Finals was approximately even with 2017’s Game 1.

Airing from 8-10 p.m., “The Bachelorette” debuted to a 1.4 rating in adults 18-49 and 5.6 million viewers. That is down approximately 22% in the demo compared to the 1.8 drawn by last season’s premiere. The previous premiere also drew 5.7 million viewers. Despite this, it was still the most-watched show of the night and the second highest-rated behind only the Stanley Cup. It should also be noted that the show typically premieres the week prior to Memorial Day rather than on Memorial Day. It was also in line with its performance last Memorial Day (1.5, 5.7 million).

Later on ABC, a new episode of “The Crossing” (0.5, 2.7 million) was down in total viewers compared to its last new episode two weeks ago.

The two “bonus’ episodes of “Lucifer” each drew a 0.5, marking a new series low. The first episode averaged 2.6 million viewers, while the second averaged 2.3 million.

CBS aired mostly repeats except for a new episode of “Elementary” (0.4, 4 million) which is currently at a new series low.