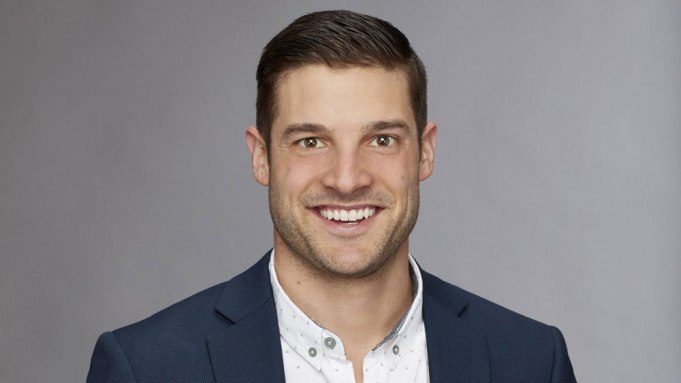 Garrett Yrigoyen, one of the frontrunners on this season of “The Bachelorette,” took to Instagram on Thursday evening to apologize for liking posts on the same platform that mocked Parkland high school students, liberal women, trans people, and undocumented immigrants on a since-deleted account.

“I am sorry to those who I offended, and I also take full responsibility for my ‘likes’ on Instagram that were hurtful and offensive,” Garrett posted to his new Instagram account. “I decided to take it down and start fresh because I have learned an extremely valuable lesson and am taking steps to grow, become more educated, and be a better version of myself.”

In his statement, Yrigoyen said he “did not mean any harm” by his actions.

“I am not the negative labels people are associating me with,” he said. “I do not want my social media to define who I am, and I will take better care moving forward to support all walks of life.”

Yrigoyen attributed the controversy with his unfamiliarity with being in the spotlight that “The Bachelorette” provided.

“This is all new to me. I went on the ‘Bachelorette’ for the adventure and the possibility of falling in love, not fame,” he said. “I did not know what to expect once the show aired.”

Some of the posts Yrigoyen liked included one which compared conservative women with leftist women based on their sex appeal, a post claiming Parkland student David Hogg was a crisis actor and one mocking Caitlyn Jenner and transgender children.

This season’s lead, Becca Kufrin, urged her fans to continue watching the show and to not judge Yrigoyen for the posts. She said that, if the allegations proved true, she would confront them with him, just as she would any other person she would date.

“I can’t fault on anyone for what they believe and who’s to say that anyone is truly what they believe in if they just double tap,” the Bachelorette added. “I can’t speak to that because that’s just not me. I am a strong woman and I do believe in certain things, but again, that’s what’s so great about our country — everyone is entitled to their own opinions.”