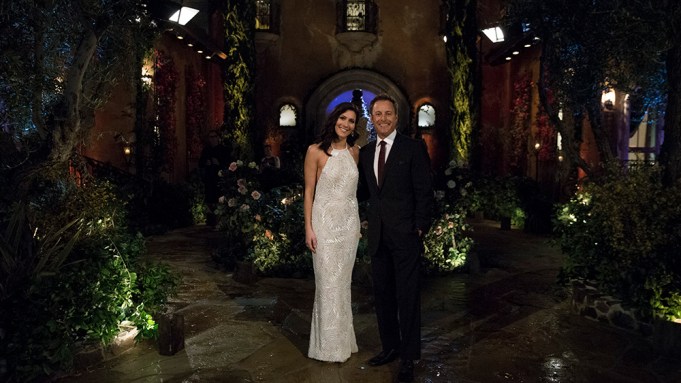 UPDATED: The mansion that serves as the home of ABC’s “The Bachelor” has not burned in the Woolsey fire after all.

According to a tweet from USA Today’s Chris Woodyard, the house, which was previously reported to have been gutted by the fire, is “unscathed.”

“House next door burned to the ground,” Woodyard commented.

The house from ABC’s “The Bachelor” survived the fire unscathed. House next door burned to the ground #BachelorInParadise #BachelorNation pic.twitter.com/VR9cvDBAh6

“The ‘Bachelor Mansion’ is a private home in one of the current burn areas of Los Angeles,” producers WBTV said in a statement at the time of the initial reports that the house had burned. “The area has been closed to traffic so we do not know the current status of the home. It is primarily a private residence, and our main concern is with the family who has been displaced, their neighbors, and all the communities impacted by this tragic fire. We thank the tireless efforts of the first responders here in Los Angeles County and across the State.”

Series creator Mike Fleiss and ABC’s head of reality programming Rob Mills shared the news on Twitter, with Mills writing, “Thinking of the people of Malibu and yes #TheBachelor Mansion is in grave danger as well.”

The series, which films at the lavish mansion twice a year, is currently in production on Season 23 but is not currently filming at the mansion. When the series isn’t filming, it’s home to the Haraden family.

The mansion is located in the Agoura Hills area of Los Angeles County, one of several communities affected by the wildfires currently burning their way through large portions of the state. The well-known filming location Paramount Ranch in Agoura Hills — which has been used by shows like “Westworld,” “Dr. Quinn Medicine Woman,” and “Weeds” — was destroyed by the fire earlier on Friday.

Thousands of people in the Thousand Oaks, Calabasas, and Malibu areas have all been forced to evacuate their homes. The fire has now grown to encompass 14,000 acres, with celebrities like Lady Gaga, Kim Kardashian, and Rainn Wilson all forced from their homes as the fire spreads, with the home of Caitlyn Jenner reportedly already destroyed.

“Fire is now burning out of control and heading into populated areas of Malibu,” the city advised residents at 12:27 p.m. “All residents must evacuate immediately.”

To the north, the Camp Fire has already killed at least five people, with the victims having been discovered in their cars by rescue crews.

Thinking of the people of Malibu and yes #TheBachelor Mansion is in grave danger as well. https://t.co/HzTAWgqU6x