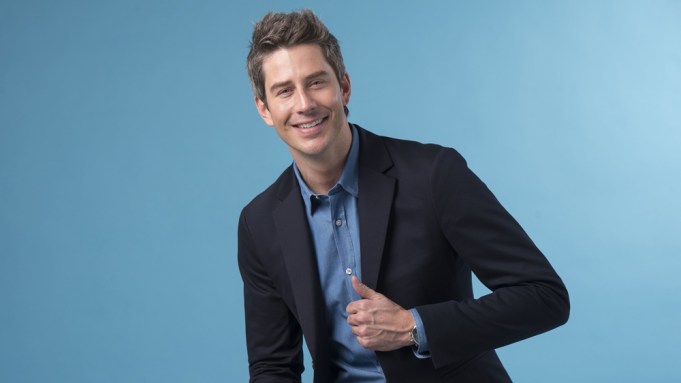 Arie Luyendyk Jr. is only three weeks into his journey as “The Bachelor” on ABC, but the reality star promises that his season ends with plenty of drama.

Luyendyk has previously teased that he falls in love with two women, and he stopped by Variety‘s Los Angeles headquarters to elaborate on his television journey to find love.

“You’ll have to watch and find out, but it does come with some drama,” Luyendyk said when asked by Variety if he’s unsure of the final choice he made during the finale, which will air later this year.

While he stayed mum on most details, Luyendyk did reveal that he’s not planning to start a showbiz career after “The Bachelor.” In fact, he’s not even thinking about a TV wedding, which has been the next gig for a handful of past “Bachelor” franchise alumni, who have also gone on to compete on ABC’s “Dancing With the Stars,” or have launched highly-lucrative social media endorsement careers, after their time on reality television.

“I can’t speak in hypotheticals,” he said, declining to reveal if he gets engaged. “But for me, I’d like to just go back to regular life. After this, I’m not seeking to do anything here in L.A. If I chose someone, [I want] to be with someone and just to start a life.”

So far, Luynedyk’s season of “The Bachelor” has been scandal-free, but the ABC franchise faced a media crisis last summer when alleged inappropriate sexual behavior took place on the set of “Bachelor in Paradise,” causing production to be shut down. (Warner Bros. TV launched an investigation that found no wrongdoing so the season ended up making it to air.)

Given the current climate and the “Bachelor in Paradise” scandal, Variety asked Luyendyk for his response to the sexual harassment movement, given his starring role on a reality TV show that’s all about love, romance, and sex.

“I didn’t approach anything differently, and to be honest, when we were sequestered in filming is when this movement started, and so, this is something that sort of was new news when I came out of it,” Luyendyk explained. “I’ve never been in a situation where I had to deal with sexual harassment, so for me, I’ve always made good decisions my whole life, and just continue to follow that.”

Watch Luyendyk’s full video interview with Variety above for more on his season of “The Bachelor.”