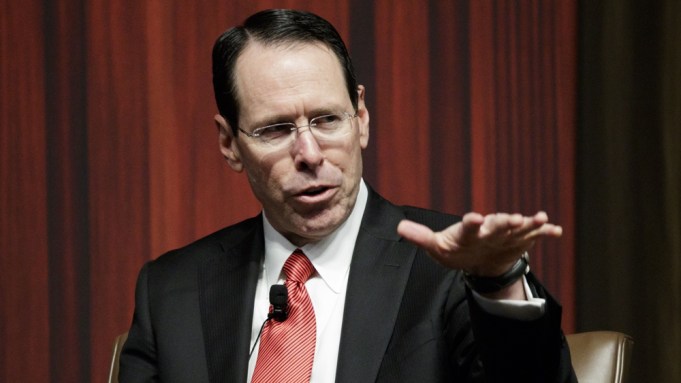 SANTA BARBARA – The CEO of AT&T said he “will be disappointed” if his company has not attracted more people to watch HBO more regularly, and suggested the company could reallocate capital within its WarnerMedia unit over the next three years to make that happen.

“It would be a very big disappointment” if AT&T has not gotten audiences to engage with HBO every day, said AT&T chief Randall Stephenson, and not just when outsize series like “Game of Thrones” run through a  fresh cycle. He said WarnerMedia CEO John Stanlkey was in the process of examining the business to see how money should be apportioned to not only HBO but the Turner suite of cable networks.

Stephenson made his comments at a conference held here to tout AT&T’s efforts to grow advertising revenue and further monetize its recent $85.4 billion purchase of Time Warner earlier this year.

The telecommunications chief reiterated his vision of HBO as a place for “premium content, premium documentaries, premium scripted series,” and not a place to offer any kind of program consumer might want. Stephenson said rival streaming outlet Netflix was fulfilling that role.

Stephenson suggested AT&T could seek to buy other media assets, possibly after it worked to reduce the debt it generated by buying WarnerMedia. He expected debt reduction to be achieved by 2019.

He placed specific value on CNN, the cable-news outlet that cane under scrutiny during the company’s effort to buy Time Warner. President Trump often criticizes CNN, raising speculation that AT&T might sell it off to complete its merger.

But Stephenson said CNN was important to the company. “Live, time-sensitive content – we think of that as a ‘killer app’, in today’s media world, he said. Stephenson also indicated the AT&T board valued Americans’ First Amendment rights, and saw CNN as emblematic of that view.  I think a free press is essential,” he said.