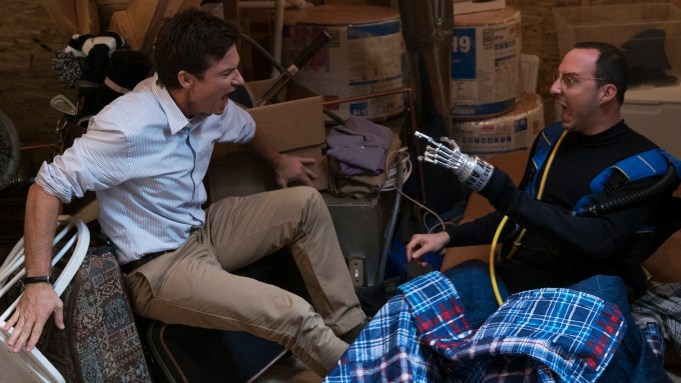 “Arrested Development” will returning to Netflix for its fifth season on May 29, the streamer announced Monday.

After re-releasing the fourth season in a new “remixed” 22-episode, linear storytelling format on May 4, the fifth season will be available in time to still be eligible to compete in the comedy races for the 2018 Emmy Awards.

The fifth season will see the Bluth family all back together — including series star Jeffrey Tambor, despite sexual harassment allegations against him from the set of his other streaming show, Amazon’s “Transparent.” The cast of “Arrested Development” has expressed support of Tambor, and by keeping him in the cast of “Arrested Development,” so effectively is Netflix.

In the fifth season of “Arrested Development,” Lindsay (Portia de Rossi) will run for Congress to become “part of the problem. This leads the family to reunite to shoot footage for her campaign videos. And the “new new beginning” sees them sticking together this time because they think they’re getting an award for “family of the year.”

But while some things have changed — Buster (Tony Hale) has a new robotic hand and Maeby (Alia Shawkat) takes on a couple of new hairdos — some things are tried and true: Michael (Jason Bateman) still threatens to leave the family for good and Tobias (Cross) still appears to be chasing his acting dreams, this time seemingly attempting to portray Michael.

See some first look images at Season 5 below: