Phil Rosenthal on Anthony Bourdain: ‘He Invented an Entire Genre’ 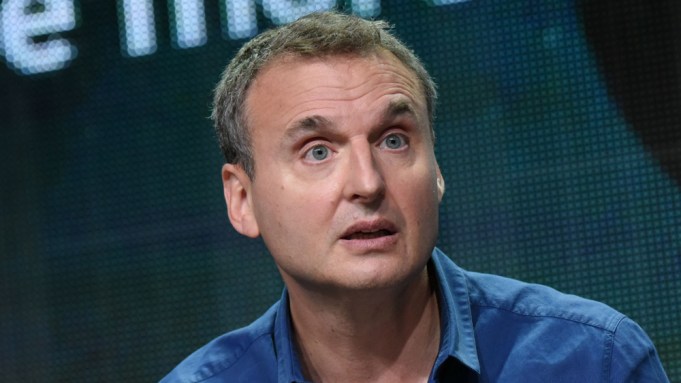 “I want you to know what an inspiration [Anthony Bourdain] was to me and all of you — anyone who travels, anyone who eats,” said a visibly saddened and shocked Phil Rosenthal. “He evolved from a chef and a food traveler to a world-class journalist.”

Rosenthal addressed the tragic news of Bourdain’s death during a panel for his Netflix series “Somebody Feed Phil” at the ATX Festival in Austin, Texas.

“I was shocked and saddened this morning. I still am very sad,” he said, opening the screening.

“My little joke that I make is that the way i sold the show to Netflix is I said I’m exactly like Anthony Bourdain — if he was afraid of everything.”

Rosenthal has often credited Bourdain with inspiring the model for his own food/travel series, which he said he was dedicating to Bourdain. “My show is a take on his type of show. Just to say that is to say he invented an entire genre,” he said.

“Life is about travel, the beauty in life, the love we find, the joy we have, the laughs we have together. That’s what I’m dedicating the rest of my life to.”

TV personality Bourdain, who rocketed to fame with his culinary-driven globe trotting after he started writing about restaurant life, died Friday morning of suicide at the age of 61.

The six-episode second season of “Somebody Feed Phil,” which will feature trips to New York, Buenos Aires, Ireland, South Africa, Venice, and Copenhagen, will drop July 6.