Anthony Bourdain Didn’t Just Travel the World, He Let It Speak for Itself (Column) 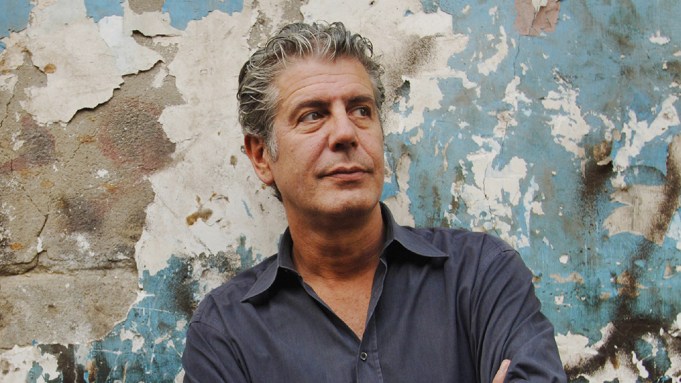 A couple weeks ago, my parents and I sat down to watch the new episode of Anthony Bourdain’s “Parts Unknown” about Armenia, a country whose tragic and resilient history is inextricably interwoven with my family’s own. We’re used to seeing its stories flattened into allegory, its defining genocide swept aside, its unique position in history dismissed. But we were still optimistic when we pressed play, having come to trust Bourdain’s clear-eyed and curious approach to the world over years of watching him travel it on both CNN’s “Parts Unknown” and his nine-season Travel Channel show “No Reservations.” Given his passion, generosity, and the increasingly rare grace to know when his perspective might not be the most illuminating, we expected him to not just tell Armenia’s story, but to let Armenia tell its own story through good food and conversations broached in good faith. Sure enough, the episode made for one of the most considerate portraits of the country we’d ever seen for an audience that otherwise might never have considered it in as much depth.

Taking even a cursory glance around the internet in the wake of Bourdain’s sudden death proves that we’re far from the only ones who feel this way about how he approached his work. Over the years, Bourdain’s approach to his shows became less about what he was going to eat and more about who he was going to meet. He made a concerted effort to resist the idea that his breadth of experience made him an expert in any given cuisine. As “Parts Unknown” producer Chris Collins told The New Yorker last year, Bourdain came to insist that episodes include more footage of daily life than that of him eating, adopting a mantra of “more B[-roll], less me.”

So, yes, Bourdain’s shows are ostensibly windows into, well, “parts unknown” for people who may never physically step foot there, whether “there” means Cuba, the Congo, Mexico, or Iran. But they are also empathetic portraits that mean a whole lot for the people who do know those places intimately. What made them special was how he not only acknowledged that he was a tourist, but happily let locals who knew better lead the way to the next meal or landmark, knowing that their choices would better reflect their cultures.

In his quest to understand a country using food as his baseline, Bourdain made a point of eschewing tasting menus for local markets, late night street meat, and home-cooked meals. Sure, he appreciated fine dining (his “No Reservations” episode about Spain’s legendary restaurant El Bulli is a series highlight). But more often than not, he was more than happy with a heaping bowl of whatever meat his host put in front of him. Even the most vaunted chefs, Bourdain constantly reminded his viewers, owe everything to the everyday kitchens that first taught them what loving food could truly mean.

In a time when so many people are willfully sharpening their distrust of anyone who doesn’t look or act exactly like them, Bourdain’s ethos of reaching out and finding shared truths with anyone willing to do it feels particularly, painfully vital. Bourdain consistently gave the floor to people who lived, breathed, and cooked the culture in order to understand it better. He didn’t always succeed at the (admittedly mammoth) task of painting a complete picture of a country in 45 minutes or less, but he always strived to do right by his hosts, granting them the same generosity they bestowed upon him. He realized that he could travel virtually anywhere and find someone who would be happy to share a meal and a laugh, and that showing as much could be more than enough. As he showed time and time again, it could even be extraordinary.