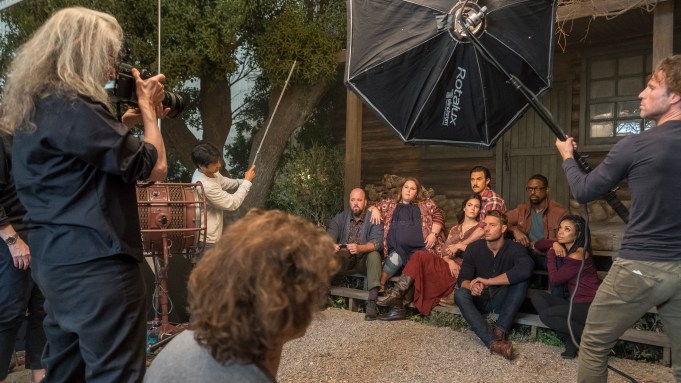 An all-day photo shoot may not sound like the most exciting way to spend a summer day — unless, of course, it’s with renowned portrait photographer Annie Leibovitz and the cast of “This Is Us.”

“It’s nice to be working with someone who is at the height of their craft and has been so forever,” Brown said.

Leibovitz, who hasn’t photographed for a TV series since “The Sopranos” in 2005, is a self-proclaimed fan of the network program, which scored five 2018 Emmy nominations, including one drama series and four acting nods. The artist has had a long career photographing the who’s-whos of industries ranging from entertainment to politics and technology. Some of her past subjects include Bruce Springsteen, John Lennon, The Rolling Stones, Dolly Parton, Queen Elizabeth II, the Obama Family, Bill Gates, and Mark Zuckerberg.

“It was a bucket list thing, for sure,” Moore said of the shoot. “It’s pretty humbling to think she’s watched every episode of our show.”

See some behind-the-scenes shots below: