‘Alex Inc’ Canceled by ABC After One Season 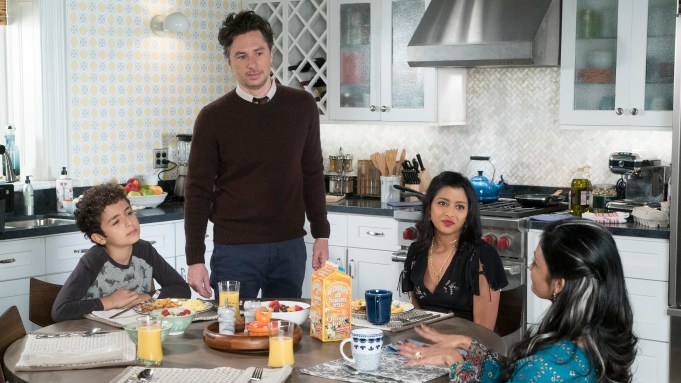 The single-camera half-hour was based on Alex Blumber’s podcast entitled “StartUp” about a man who quits his job to start his own company. Zach Braff executive produced and starred in the series and also directed a few episodes.

ABC previously cancelled both “Quanitco” and “Designated Survivor” earlier on Friday, while freshman comedy “Splitting Up Together” had been renewed. ABC has also renewed “The Goldbergs,” “The Good Doctor,” “Grey’s Anatomy,” “Modern Family,” “Speechless,” and “Roseanne.” The network has ordered a spinoff of “The Goldbergs” for next season, along with the one-hour series “The Rookie” and “Take Two.” Earlier this week, ABC also ordered the drama series “A Million Little Things” for the 2018-2019 season as well as the single-camera comedy “Single Parents.”

ABC also on Friday officially canceled Comedy “The Mayor” and drama “Ten Days in the Valley.” Both shows were pulled from the network’s schedule earlier this season, effectively canceling them.