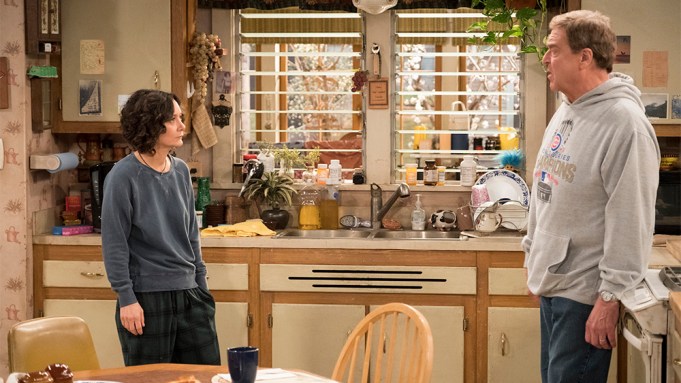 ABC has released the first teaser for “The Conners,” the revamped version of “Roseanne” that will not feature series creator and star Roseanne Barr.

The teaser video features a slow zoom in on the Conner’s iconic, yet empty, living room couch. The words “WHAT’S NEXT?” appear on the screen, begging the question of what direction the show will take without its former title character.

The revival of the classic sitcom was originally cancelled by ABC after Barr made a racist statement on Twitter in May, but the network then ordered “The Conners” to series in June after Barr forfeited any creative involvement or financial compensation for the show.

“I regret the circumstances that have caused me to be removed from ‘Roseanne,’” Barr said in a statement at the time. “I agreed to the settlement in order that 200 jobs of beloved cast and crew could be saved, and I wish the best for everyone involved.”

ABC has given “The Conners” a 10-episode order. The original revival debuted as last season’s highest-rated television series in the key adults 18-49 demographic, averaging a staggering 3.5 rating in Live+Same Day viewing with the show doing even better in delayed viewing.