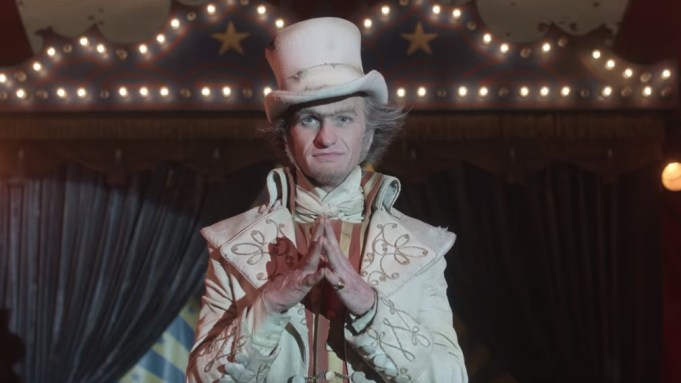 Lemony Snicket fans beware: according to “A Series of Unfortunate Events'” season 2 trailer, things will get much worse in the Netflix adaptation’s sophomore season.

“It’s really going to be quite dreadful,” he says.

The second season sees the return of the evil Count Olaf, with Malina Weissman as Violet Baudelaire and Louis Hynes as Klaus Baudelaire. The second season will follow the events of the fifth through ninth books of Daniel Handler (pen name Lemony Snicket)’s “A Series of Unfortunate Events” series, including “The Austere Academy,” “The Ersatz Elevator,” “The Vile Village,” “The Hostile Hospital,” and “The Carnivorous Carnival.” Its premiere date was announced back in January, with another teaser featuring Olaf.

The first season of the show encompassed “The Bad Beginning,” “The Reptile Room,” “The Wide Window,” and “The Miserable Mill,” and ended with the Baudelaire children being sent to a boarding school by their financial adviser, Mr. Poe. It received excellent reviews, with Variety‘s Sonia Saraiya calling it a “weird, wonderful masterpiece.”

Season two of “A Series of Unfortunate Events” premieres on Netflix Mar. 30.