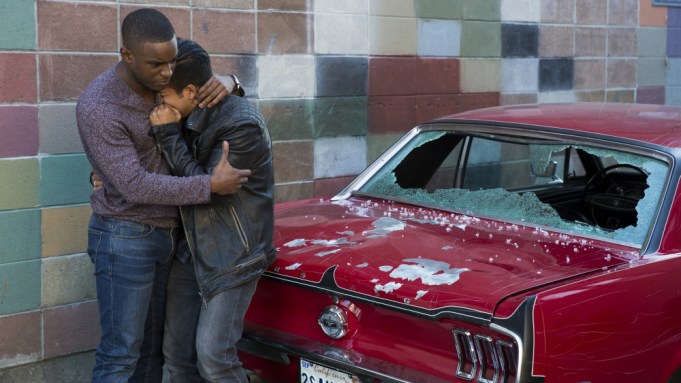 “13 Reasons Why” has released first look images of the second season of the hit Netflix series. Picking up in the aftermath of Hannah’s (Katherine Langford) death, Liberty High prepares to go to trial. Season 2 will launch globally on May 18. See the photos below 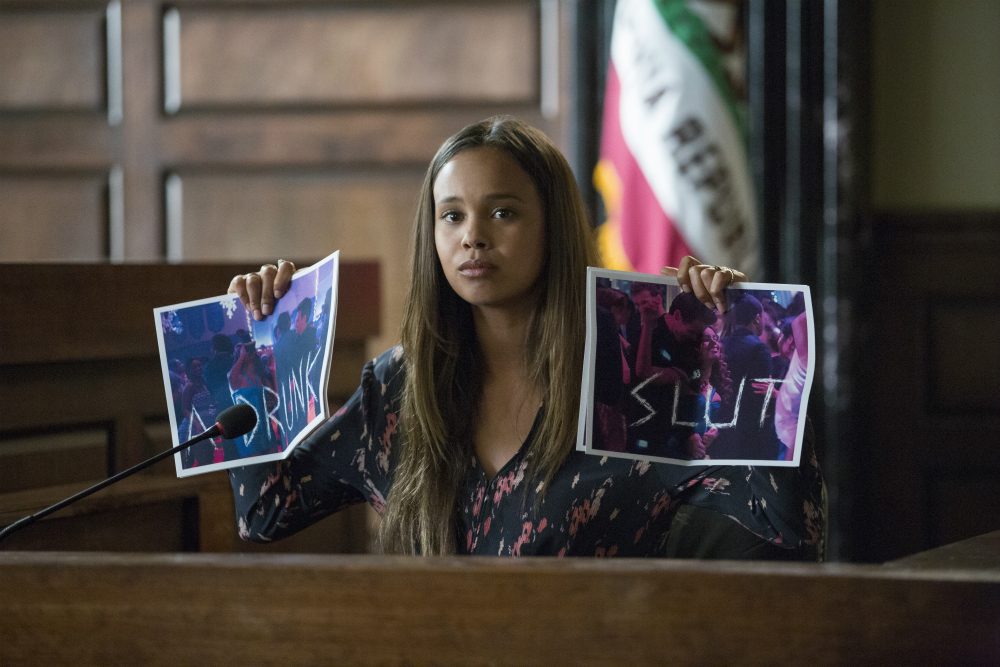 Netflix has unveiled a first look at season four of “Unbreakable Kimmy Schmidt” with a sneak peek at the 90’s stylized main title sequence of the first episode of the season. In the clip, viewers find Kimmy (Ellie Kemper) starting her first day as HR manager at Giztoob where her first task is to fire someone. The scene is set to “Little Girl, Big City,” sung by series star Jane Krakowski. The new season hits Netflix on May 30. Watch the clip below.

AMC has debuted the official trailer for new series “Dietland” from Marti Noxon (“Girlfriends’ Guide to Divorce,” “UnReal“) and starring Joy Nash (“The Mindy Project,” “Twin Peaks“) and Julianna Margulies (“The Good Wife,” “ER“). The satire is set to premiere with two back-to-back episodes on Monday, June 4 at 9 p.m. ET/PT. Watch below.

FX has released the trailer for Ryan Murphy’s newest original series, “Pose.” Set in the 1980s, “Pose” is a dance musical that explores the juxtaposition of the ball culture world, the rise of the luxury Trump-era universe, and the downtown social and literary scene in New York. The series makes television history for featuring the largest cast of transgender actors in series regular roles, as well as the largest recurring cast of LGBTQ actors ever for a scripted series. “Pose” premieres on Sunday, June 3.

Paramount Network has debuted the official trailer for “American Woman” featuring “Clueless” star Alicia Silverstone, Mena Suvari, Jennifer Bartels, Cheyenne Jackson, and James Tupper. Set in 1970s Los Angeles, the series is inspired by the real-life upbringing of Kyle Richards (“The Real Housewives of Beverly Hills”) and is set to premiere on June 7 at 10 p.m. ET/PT. The teaser also features a re-imagined version of the song “American Woman” by Kelly Clarkson. Watch below.

Bravo Media’s first original scripted series “Girlfriends’ Guide to Divorce” is slated to return for its fifth and final season on Thursday, June 14 at 10 p.m. ET/PT. Created and executive produced by Marti Noxon, the series follows the close-knit friendship of Abby McCarthy (Lisa Edelstein), Phoebe (Beau Garrett), Jo (Alanna Ubach), Delia (Necar Zadegan) and Barbara (Retta) as they strive to define their own ever after. Watch the clip below for a sneak peek.

“Spacing Out with The Everyday Astronaut” is set to debut on Facebook Watch on Friday, May 4, with subsequent episodes rolling out over the course of the next month. The five-part series will be hosted by Tim Dodd, whose purchase of an orange secondhand Russian space suit in 2013 served as the inspiration for his popular “Everyday Astronaut” Instagram personae. Dodd will explore topics from how SpaceX lands its rockets to what it will be like to walk on the Red Planet.

The Paley Center for Media has announced the addition of three new members to its Board of Trustees: Roger Goodell, Commissioner of the National Football League (NFL); Arnaud de Puyfontaine, CEO of Vivendi; and Faiza J. Saeed, Presiding Partner of Cravath, Swaine & Moore LLP. “The Paley Center’s Board of Trustees is comprised of the most important and prestigious leaders in the media, sports, and entertainment industries,” said Maureen J. Reidy, the Paley Center’s President and CEO. “We are incredibly proud to welcome Arnaud, Roger, and Faiza to our esteemed Board and look forward to the invaluable contributions each will make to the Paley Center’s continued growth.”

“The Goldbergs” is taking “May the Fourth Be With You” to heart. In their special “Spaceballs” episode airing at 8 p.m. EST / 7 p.m. CST on May 9, the ABC series has announced that they will be honoring Star Wars Day (May 4) in addition to the famous Mel Brooks parody of the aforementioned sci-fi franchise through attempting to retell the “Star Wars” story in 43 seconds. “My insane ‘Star Wars’ obsession has been featured heavily in everything I’ve ever written,” said producer Adam F. Goldberg. “In fact, I owe my entire career to George Lucas. My first script ‘Fanboys‘ is what put me on the map. I just wrote about people like me who grew up on ‘Star Wars’ and have it flowing through our veins. I had no idea there were so many other people out there like me.”

Bad Robot has announced that they have signed a multi-year television deal with Oscar-winning documentarian Glen Zipper (“Undefeated“) to produce premium docuseries. The partnership falls under Bad Robot’s existing development deal with Warner Bros. Television. “Glen’s critical eye for telling real stories and extensive experience in the documentary space allows us to expand the range and ambition of the shows we produce,” said Ben Stephenson, Bad Robot’s Head of Television. “We have been fans of Glen’s work for years and look forward to partnering with him to tell gripping, true life stories.”