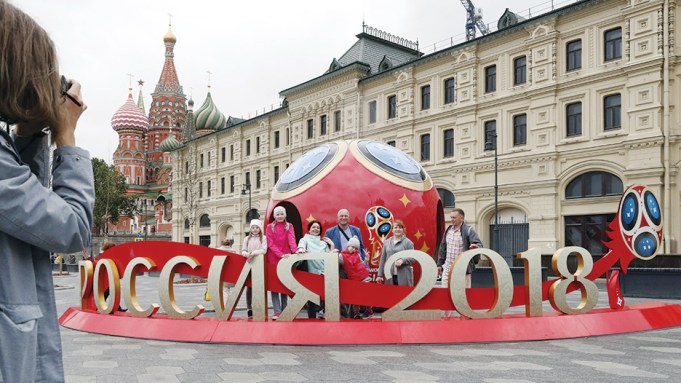 Even if rights auctions proved underwhelming in many countries, the World Cup, which kicks off June 14 in Russia, remains the second-biggest global TV event outside of the Olympics and a brand booster for broadcasters in most parts of the world.

But competition from less costly
programming and shifting viewing habits pose challenges for those who splurged for rights to the quadrennial soccer tournament. Outlets are banking on digital innovation, cross-platform coverage and more commentary — often celebrity-led — to maximize ratings, broaden their audience base and lure more advertisers.

In Europe, soccer is still a ratings champion, but TV outlets in key territories such as France, Italy and Spain managed to pay less for rights this time than they did for the previous tournaments.

“For a free- or pay-TV channel, soccer is great to consolidate leadership, boost prestige and bolster the brand,” says Jean-Baptiste Sergeant, an analyst at MainFirst. “But it’s always a money loser, because even if audiences are huge, it’s mission impossible to recoup the investment with advertising money unless the national team makes it to the final.”

In France, where soccer is practically a religion, the 2014 World Cup drew an average of 9 million viewers on TF1, a number that rocketed to 15 million for matches played by the French team, says François Pellissier, head of sports at TF1 Group. “It’s increasingly difficult for linear channels to draw more than 10 million viewers for a show of any kind, but soccer, especially the World Cup, still does it and is able to garner broad audiences well beyond sports fans,” Pellissier says.

In Spain, where the World Cup also generates huge ratings, Mediaset España picked up rights to the 24 primetime matches offered by FIFA, whose initial asking price was $41 million, according to Spanish press reports. But no pay-TV linear channel in Spain bought any World Cup rights. In Italy, whose national team failed to qualify for the first time in 60 years, Mediaset reportedly paid $92 million for the rights — less than half of what they usually go for.

Even in host country Russia, where an estimated 43% of residents are planning to watch the tournament, the rights were sold to a consortium for $32 million, well below FIFA’s rumored goal of $110 million, according to business daily Vedomosti.

“It’s always a money loser, because even if audiences are huge, it’s mission impossible to recoup the investment with advertising money unless the national team makes it to the final.”
Jean-Baptiste Sergeant, MainFirst analyst

China, the world’s most populous country, has set its sights on becoming a force in global soccer. CCTV has rights to all 64 matches and is partnering with Alibaba-owned Youku to stream games online. The state broadcaster estimates that more than 1 billion viewers will tune in throughout the monthlong tournament.

Since the last World Cup, rights holders have been developing technological innovations and star-driven editorial content to try to attract and engage more viewers, including women and millennials. Fox has enlisted David Beckham, Ryan Reynolds and Evander Holyfield, among others, to promote the tournament in the U.S., which remains far less soccer crazy than many other nations and did not qualify for this year’s contest. Fox plans to air more matches on U.S. network television (38) than it did the last four World Cups combined. Fox Sports will also offer five bonus feeds: Team Channels, Match 360, Tactical View, Cable Cam View and Highlights.

Virtual reality is another fancy new addition, with France’s TF1 and Britain’s BBC offering VR experiences through a dedicated app. TF1 will beam matches in 4K, as will beIN Sports, which is dedicating six channels to the tournament. The BBC is rolling out ultra-HD coverage for the first time, plus highlights on YouTube and stories on Snapchat.

In soccer powerhouse Brazil, Globo is planning public viewings of some matches transmitted in 8K, in partnership with FIFA and Japan’s NHK. Globo will use augmented reality and artistic effects to enhance its coverage, building on its innovations for the 2016 Rio Olympics.

But the big draw remains the matches themselves and the immediacy of live sports, says Florent Houzot, editorial director at beIN Sports.

“All the technological, digital stuff is just the icing on the cake, because when it comes to big tournaments like the World Cup, it’s still all about watching it live and on a linear channel,” Houzot says. “Some things never change.”