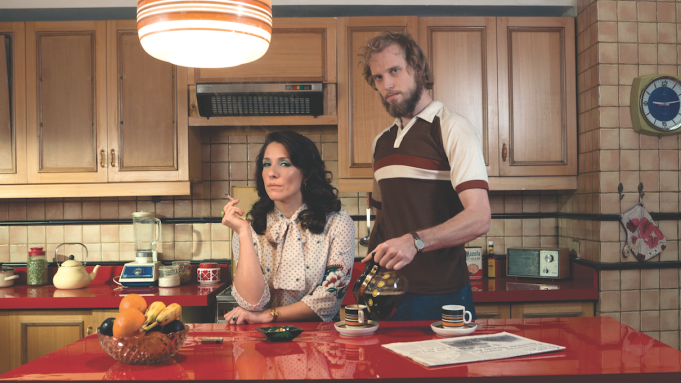 Top Chilean film-TV production house Invercine & Wood, which brought a fresh air of social neo-realism to the 2016 MipDrama Screenings with “Ramona,” has linked with Turner Latin America to produce one of the most anticipated series currently coming out of Chile.

To be presented to buyers by Turner at Natpe, “Mary & Mike” marks one of the first premium scripted dramas to come out of Chile.  Owned by TLA, free-to-air TV network Chilevisión has boarded as the series’ Chilean broadcaster.

Guided in part by Andrés Wood, the director of notable feature films such as “Machuca” and the 2012 Sundance World Cinema Jury Prize winner “Violeta Went to Heaven,” “Mary & Mike” also represents part of Turner Latin America’s drive into original series as it plans to increase the number of drama it co-produces in Latin America from four in 2018 to eight in 2019.

It looks set to hit Europe’s fast consolidating TV fest scene, having been selected to compete in competition at Fipa in France, where “Ramona” won best series and actress (Giannina Fruttero) last January. There are also rumors of a big fest berth later in early 2018.

“Mary & Mike” is just six episodes in length, and the result of a partnership between a U.S. studio and a top local production house, as U.S. companies leverage their distribution muscle, resources and production ambitions to drive much of the cutting-edge drama coming out of Latin America.

“Mary & Mike” is grounded in the reality of an individual country, but enrolls genre – here in a smart noirish espionage drama – to tense narrative and make it more comprehensible internationally. The series boasts production values and sophisticated cinema-style shot set-ups, both necessary to compete on the international market.

Above all, the series says something. In an early scene the camera sweeps away from Mary’s daughter sunbathing by a pool down to the road outside the mansion and into the basement where a priest is trussed to a chair in readiness for torture. Chile’s bloody dictatorship was far more broadly supported by the right and rich in Chile than people 40 years later may like to recognize. In a sense, as Albert Camus said, when it comes to infamy, we are all responsible.

In its story, shot set-ups and characters, ”Mike & Mary” tackles one of the grand themes of Chilean fiction: the complicity of its bourgeoisie in the detention, torture and murder of dissidents and the civil population. Would you agree?

Matías Cardone: More than the bourgeoisie, I’d talk about the implicit and explicit complicity of right-wing civilians with the military dictatorship. In Chile, the role played by the civilian population in the dictatorship’s excesses hasn’t really been addressed. Many encouraged, covered up, perpetrated and silenced criminal brutality, whether out of ideological conviction – an anti-Communism – or to protect their economic interests or to consolidate their position in power. This participation is laid out in our series in the kidnapping of the priest in the first episode; then later, in a series of attempts on the lives of figures associated with Salvador Allende’s regime climaxing in the attack on Chile’s former chancellor, Orlando Letelier, carried out in  Washington, where Mike and Mary act as the arm of Augusto Pinochet’s dictatorship for its political crimes overseas.

I believe “Mary & Mike” is one of the first examples of a production-financing model now flowering in Argentina, which combines for you three pillars of finance: State aid, a free-to-air broadcaster in your own territory, here Chilevision, and a pan-regional pay TV operator, here Turner Latin America. Could you elaborate? Is this a model you have used on other series?

Cardone: Yes, the financing involved state funds (Corfo, CNTV), Chilean TV channel support (Chilevision), and the participation of a Latin American pay TV channel (Space). That model meant that the series, maintaining its identity, has to work on pay TV and free TV in Chile and the world. it large motivation to think that the series has the possibility of being seen by 50 million viewers. As a contents generator, the association with Turner, one of the industry’s strongest holdings, with a large sales network in international, and the possibility of the series being seen on VOD platforms in Latin America, Europe and Asia is a large achievement since that’s the market we’re targeting.

The series is called “Mary & Mike,” not “Mike & Mary.” That is not coincidental, I think. One plus of the series is its portrait of the eros of espionage. Mike has to demonstrate his capacity for cruelty to be worthy of Mary, and, in plot terms, his sexual jealousy looks like a ticking bomb. Could you comment?

Cardone: Mike’s sexual jealousy towards Mary is constant. Through his actions and cruelty, he attains recognition from her which balances an intellectual world which Mary dominates but which he’s never part of and diminishes him. It’s a instinctive, unconscious power battle, maintaining a complex relationship that channels their achievements, fears and frustrations. Mike is a younger man, without any political conscience, nor apparent intellectual aptitude, in contrast to Mary, who is a force in these contexts.

But Mike has surprising technical skills and a composure under pressure which impresses her. They’re moved instinctively by a kind of vertigo, they’re in a place which cannot be explained rationally, a world of perversions where loyalty and possible betrayal are constantly being put to the test.

Who wrote the series and how was it written? In other words, did you use a writers’ room?

Cardone: The original idea came from Esteban Larraín, who wrote the first rough drafts of the series in an neo-journalistic style. Two Argentine screenwriters worked on the basis of a new version. When Julio Jorquera and Andrés Wood boarded as director and consultant, a new dramatic arc was created for the six episodes, which was worked on by a writer’s room and the producers at Invercine & Wood, who incorporates viewpoints. Writers in Chile and Argentina then worked on a new version, incorporating the team from Turner and Chilevisión. Dramatist Luis Barrales completed the work, focusing on the dialogues. It was a multi-stage process, with a lot of key collaborators.

On “Mary & Mike,” you partner with Invercine & Wood and also Chilevision. What is the chronology of windows for the series’ release?

Marcelo Tamburri: The idea that we have with Chilevision is for Chilevision to first air an episode of “Mary & Mike” at 10.30 pm and, when it’s finished, we’ll program the series on Space at 11.30 pm so that, if you didn’t catch the episode, or want to see it again, you have the chance. Once the series is over, we’ll program it as one-week marathon. Its subject means it can’t be programmed in daytime as a “vertical” marathon. We will also eventually stack “Mary & Mike” on our live streaming SPACE Go catch up service, for potential binge-viewing.

The chronology of windows has evolved rapidly in parts of Latin America such as Argentina where Turner has been involved in notable series partnering with Cablevision and either Telefe (“Un gallo para Eusculapio”) or Canal Trece (“La fragilidad de los cuerpos,” and now “El lobista”). How would you sum up the results of the partnerships so far in terms of both audiences for Turner and the appeal its gives to Turner channels on which the series have played.

Tamburri: Argentina has allowed us to try out different windowing models. The experience suggests there’s no fixed model. It depends very much on audience interest in the content. It’s a case of intuition, experience, looking at what shows have worked.

Tamburri: We are beginning to accelerate production. This year, we will produce more, releasing four series on Space. We plan to raise that in 2019 to eight series. Our production drive has impacted recognition for our brands. Our shows, which are unique and distinct, build in significance because their quality and are strongly associated with our brands. But we plan to produce more local shows. Why local?  Latin America is a vast region in which every one of its countries and their people have their idiosyncrasies. When it comes to content, there’s no one size fits all, apart from content which comes largely from Hollywood. Also, we normally co-produce [with local production houses and/or TV operators]. Nobody has such a deep pocket as to produce independently. Co-production alliances allow us to generate more and more content.

Tamburri: The challenge of local content is that it can have a large impact in its country of origin and then get lost abroad. We aim for shows which have sufficient quality to transcend Latin America and, though to lesser degree, have an impact in European and Asian markets. The story of “Mary & Mike” works outside Chile as a series noir, of spies. Set in the context of Latin America, of Chile under the dictatorship of Augusto Pinochet, and inspired by true events, a strong, eloquently told story of atrocities takes on even more value. Rather like “Historia de un clan,” it shows the hypocrisy of family which maintains the facade of normality ,but which are assassins., and the cruelty of intelligence services dedicated to state terrorism.

Can you talk about one or two Turner series coming out of international which you think will make an impact in 2018?

Tamburri: In Brazil, we’re finalizing with Intro Pictures Brasil “Blood Pact,” a fast-paced crime thriller with significant action elements for a Latin American series directed by Argentina’s Adrián Caetano, about a cop who isn’t exactly clean himself, investigating the disappearance of young girls who are used by narco gangs for human sacrifices. We’re shooting “The Awakener,” based on a Brazilian comic book, about a policee officer who becomes a kind of anti-corruption vigilante super-hero. In Mexico we have a very big project,”His Last Fall,” a comedy of action, adventure and drama, set in the world of Mexican lucha libre wrestling, produced by Escuadrón Cinema in association with AAA . It’s the best screenplay I’ve read in the last three years. It will be ready to air from September. We are very confident it will travel abroad.