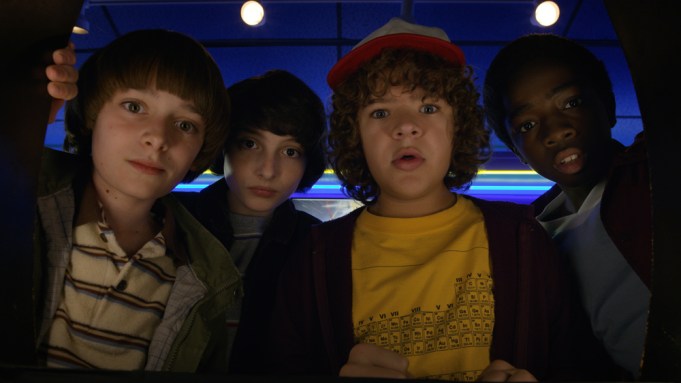 MADRID — Align and conquer. Following months of rumors, Netflix and Telefonica’s Movistar + have struck what they announce as a global partnership which will see Movistar + TV and OTT services offering Netflix to subscribers across Spain and Latin America.

Netflix’s launch on Spain is scheduled for the end of 2018. Launches in Latin America will be announced in the next few weeks.

Details of the agreement – such as pricing and whether Netflix, as in its deal with Sky, will be included on Movistar + search engine – have still to be revealed. That looks to at least be the aim of the deal from comments made by Hastings.

The partnership looks, however, like a win-win situation for both players.

“The first point of these deals is to put Netflix on the TV set in a concrete way. 80% of viewing of Netflix is on the TV, not on the computer, or tablet or cell phone,” said François Godard, at Enders Analysis.

He added: “For Netflix, you deliver a better product because this is not OTT. If users want to watch high definition on their big TV screen, in the Telefonica arrangement there is no risk of the bandwidth not being sufficient, scaling down on lesser quality picture.”

For Movistar +, already by a large head the dominant pay TV service in Spain and rolling out ambitious content services in Latin America, the deal gives another reason to prefer Telefonica over rivals. Movistar + will also be able to use Netflix in new subscriber promotions.

“This is just the beginning of a brand new friendship,” Alvarez Pallete says in the video announcement, half quoting “Casablanca.”

Launched from September, Movistar +’s own successful original series and now movies look set, at least for the immediate future, to be sold outside Spain and Latin America on the open market to a variety of operators.

“The partnership with Netflix will significantly enhance our existing multichannel video platforms,” Álvarez-Pallete said in a statement.

“Over the next several years, our partnership with Telefonica will benefit millions of consumers who will be able to easily access their favorite Netflix shows, documentaries, stand-ups, kids content and movies across a range of Telefonica platforms”, added Hastings.

He went on: ”Making Netflix available on Telefonica’s familiar, easy-to-use TV and video platforms enables consumers to watch all the content they love in one place.”