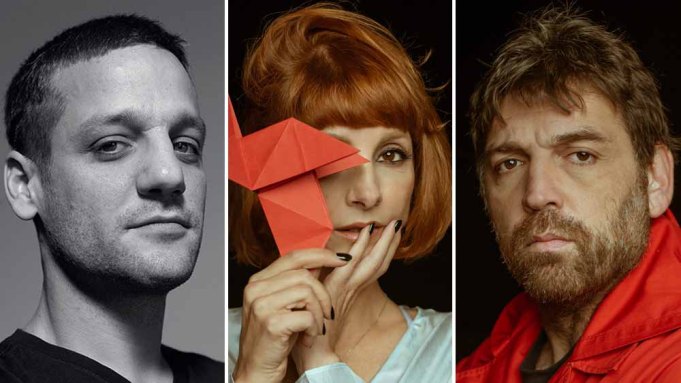 Produced directly by Netflix and Vancouver Media, the Madrid-based shingle of series creators Alex Pina and Esther Martínez Lobato, the third part of “La casa de papel” was originally announced in April. Very little was known then about its plot apart from that  “the professor will plan new heists, revealed in 2019,” Netflix said, and that much of the original key cast would return.

“The band is back. This time it will be more than a heist and, with new members, the stakes are raised,” Netflix announced Thursday.

Set to the music of “Bella Ciao,” the new video, however, hints more at Part 3 characters than its events, as Parts I and 2 actors, led by Alvaro Morte (The Professor) and Úrsula Corberó (Tokyo) joyously enter a studio for a script reading conducted by Pina and director Jesús Colmenar, caught briefly in a late shot in the video.

Despite dying in the climax of Part 2, Berlin (Pedro Alonso) appears at the end of the video, which will spark speculation as to what kind of role he might have in Part 3, whether it will take in flashbacks, for example. All will no doubt be revealed, little by little in further videos.

Nimri starred in “Vis a Vis” (Locked Up), Pina and Martinez Lobato’s breakthrough series, which first saw them pushing the envelope in style, strong female characters, and a cable edge. Starring opposite Gael García Bernal in Walter Salles’ “The Motorcycle Diaries,” Rodrigo de la Serna snagged a BAFTA nomination and Independent Spirit Award for his performance.

In July, Netflix announced it had signed a global exclusive overall deal with Pina. Spain’s Atresmedia’s and Vancouver Media produced the original series, broadcast in two parts last year in Spain. It attracted a cult following. Released on Netflix, it became  global phenomenon.