RuPaul Reflects on Early Inspirations and a Key Drag Breakthrough 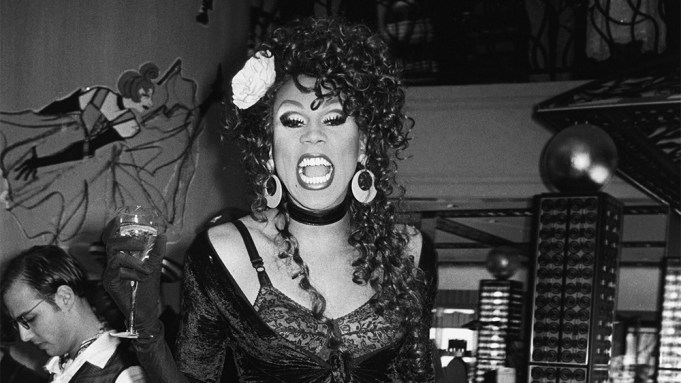 As a child, RuPaul would go on road trips with his family to visit Los Angeles from his hometown of San Diego. He would ask his parents to stop on Hollywood Boulevard so that he could gaze at the stars and he’d wander around the Hollywood Walk of Fame until his family picked him up two hours later.

Little did RuPaul know he would grow up to become the most famous drag queen of all time, who would earn his own star on the Walk of Fame, with a ceremony set for March 16.

“It is the benchmark for the success that I imagined as a kid,” RuPaul says of the honor. “[It is] the pinnacle of Hollywood stardom.”

Back in his early days, RuPaul looked up to icons such as David Bowie, Cher and Diana Ross. “They were unlikely superstars and outsiders in their own way,” he says. “Just knowing that they existed helped me achieve my stardom and helped me to keep going during the times when I didn’t have a lot going in my way.”

Today, the Emmy-winning host, producer, actor, singer and television personality realizes that he is a role model to many who have big dreams similar to those he did.

“I think having someone see my star and imagine what they could do, knowing that I, against all odds, have been able to find success — I think that’s a huge statement to the human soul,” RuPaul says.

Nowadays, the 57-year-old is heading into the 10th season of his VH1 reality show “RuPaul’s Drag Race,” which is experiencing a surge in late-bloomer popularly with its highest ratings ever and two recent major award wins for RuPaul as host. But decades ago, he struggled to make a name for himself as a hopeful performer in the ‘80s, sleeping on his younger sister’s couch in Los Angeles with no car, no paycheck and no job prospects.

“For the first 11 years of my career, I was working clubs and discos, and really the underground. It was my 10,000 hours of the hard yards,” RuPaul recalls. “I was really doing everything that I do today — I was writing, acting, singing, performing, all that stuff. It’s just that I was too early. A lot of times, it’s important to stick it out until your number comes up, so all of the time it takes to stick with it, that’s the hard part.”

Though he found his groove as a prominent fixture on the late-night drag scene in New York City, it wasn’t until 1993 that RuPaul found mainstream success with his hit single, “Supermodel,” which topped the charts, earned him an MTV Video Music Award nomination and shot him to international superstardom as a drag queen. The following year, he became the face of MAC Cosmetics, raising money for the company’s AIDS fund, and in 1996, he landed his own self-titled VH1 talk show, becoming the first-ever openly gay national television host.

Despite his groundbreaking achievements, RuPaul never trully thought his drag niche would be the answer to his success.

“When drag presented itself, initially, I said this is fine for downtown and the clubs, but I wanted to go mainstream,” he says. “That breakthrough when I realized it would work uptown, that was major. It was like I unlocked some Mayan ancient doors that have never been opened, and I went, ‘Oh my god! I had the key the whole time!’ I had to unlock my mind and get rid of old ideas that didn’t serve me.”

RuPaul admits that others did try to hold him back at times, but he never took that personally. Instead, he acknowledges that he, himself, was often in his own way.

Although he says he put limitations on himself, RuPaul has always proudly been on the fringe and gone up against the status quo, which is what he says drag is all about.

Experiencing such stereotypical expressions of masculinity at a young age is what turned his attention to art, specifically drag.

“You see this masculine dominance in every facet of our culture,” RuPaul says. “So us little boys who never fit into that box, we gravitated toward drag because it was a place that we could find some type of power where we could be recognized as viable, and we thought it was fun.”

RuPaul also attributes part of his success to working with the same “tribe” since the early days, something that has motivated him throughout the dark times.

His “Drag Race” producing partners, Fenton Bailey and Randy Barbato of World of Wonder, directed his early ‘90s “Supermodel” music video, and the duo says RuPaul has always been a workhorse multi-hyphenate ahead of his time.

“With Ru, it was a great working relationship from the beginning,” says Bailey. “We’ve had a different relationship over the years, but it’s always been a constant collaboration, and he’s as inspiring on the show as he is in real life.”

While society is evolving very slowly, RuPaul says one place he’s seen real cultural progress is with younger people. He’s been able to witness this through his fans every year at the DragCon, where he’s become a beacon of inspiration for the up-and-coming generation.

“There’s an emerging consciousness with people who are 11, 12, 13 [years old]. There’s a slight shift in how they view identity and how they view an open mind and open heart,” RuPaul says. “It’s a small movement, but it is significant. I think that’s where the big change is.”