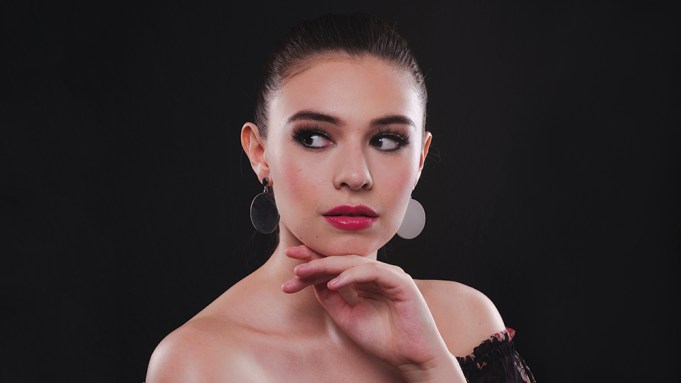 For the first time on television, a transgender character is tasked with saving the world.

“We talked for a long time about adding a trans character to one of the DC shows, and ‘Supergirl’ seemed like the right fit,” executive producer Robert Rovner tells Variety. “Our show is all about representation and inclusion, and we want the show to represent the world we live in.”

After a worldwide search, trans activist Nicole Maines — whose battle to use the bathroom of her choice changed state law in Maine and was featured in the HBO doc “The Trans List” — landed the key role of Nia Nal, aka Dreamer, in the CW series’ upcoming season.

“She was so magnificent in every way, and just happens to be a gorgeous actress,” says co-showrunner Jessica Queller.

The producers worked with DC Comics in adapting a character from the original comics, as well as with representatives from GLAAD and other consultants from the trans community. “We want to tell on our show the whole spectrum of humanity, and that everyone can be a hero,” says Queller. “This is a perfect time and a beautiful opportunity to represent this population.”

The producers say, too, it “never occurred” to them to have anyone other than a trans actor play the role. What was important, they say, was to find someone who “had the depth and experience of authenticity of having lived that life.”

Though, Queller adds with a laugh, “not all the same experiences, because as far as we know, Nicole Maines doesn’t actually have super strength.”

Here, Maines opens up to Variety about the life-changing part, why the “right” representation matters and what she wants fans to take away from the role.

What does it mean to you to play TV’s first trans superhero?

I haven’t really grasped that yet. I haven’t really wrapped my head around being a superhero, first of all, and being the first trans superhero on television. It feels fitting to say with great power comes great responsibility. I’m very hopeful. I’m very excited. And at the same time I’m nervous because I want to do it right.

Why do you think it’s taken so long?

We’ve had trans representation on television for a while, but it hasn’t been the right kind of representation. When I was first coming out to my parents in the late ’90s, we had trans people on television portrayed by cis men as sex workers and drug addicts — which painted a very specific image. Having trans women portrayed by cis men contributed to that idea that we are men in dresses, and that was damaging for a long time. Now it’s very relieving and hopeful to watch creators and writers and directors and casting offices opening up to put trans people in trans roles so we can portray ourselves and we can start to disprove some of those stereotypes about us. I think we’re in a time right now where more than ever representation in the media matters. And what we see on television has a very dramatic effect on our society. I’m just beyond thrilled to be able to do that in a super suit!

What do you want fans to take away from your storyline?

Scarlett Johansson’s casting in “Rub and Tug” as a trans man stirred a lot of debate. What’s your take on the issue?

Do you think Caitlyn Jenner’s coming out helped drive the national conversation about trans issues, despite her politics?

I think it absolutely helped. Whether you agree with all of Caitlyn’s political views or not, I think you are unable to deny that she has made trans issues a household name, because everyone was familiar with Caitlyn as Bruce. Everyone was familiar with her journey in athletics. So when she came out as trans, it really started a conversation that made a lot of people think. I think that’s a huge step in the right direction.