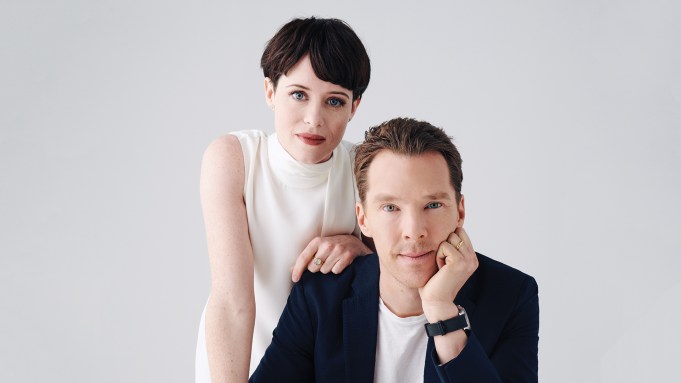 Having taken on famous roles on the big and small screens, including Sherlock Holmes, Doctor Strange, and Alan Turing, Benedict Cumberbatch is now setting his sights on working behind the camera.

During this year’s Variety “Actors on Actors,” presented by Shutterstock, Cumberbatch sat down with “The Crown’s” Claire Foy to discuss their current projects and where they would like to go moving forward. The “Patrick Melrose” star revealed that after working as an executive producer on the Showtime miniseries, he would like to direct in the future.

“That thing of being there at the front door is a wonderful experience. It’s my first feeling of that inception-to-completion-thing which I kind of want as a director at some point, but I’m terrified of that, so I’d probably start incredibly small,” Cumberbatch said.

Foy responded, “You’ve said it, now it’s going to happen,” as Cumberbatch jokingly turned toward the camera and declared “I would like to be a director, of something. There you go, let’s see what happens.” He impersonated famed director James Cameron, teasing that Cameron would call him and say “I don’t really want to do ‘Avatar 2,’ do you mind [directing it]’?”

As the two discussed Cumberbatch’s directing dreams further, he said he would want to dive into the director’s chair with a project he wasn’t also acting in, and also expressed some hesitations about the job’s time commitment, being the father of young children.

“In all honestly, a bit like going back to the theater, because of family and wanting to be a more present dad, that’s so involving,” he said. “Ed Berger, who directed ‘Melrose,’ directed all five of them and he hasn’t stopped working for like a year and a half. He’s still in the edit for five and it’s just on and on and on.”

Foy also praised Cumberbatch’s performance in “Patrick Melrose” and the relationship he had with Berger, pointing out “this one incredible scene in it, which I’m going to watch on repeat, where you take about 400 different types of drugs, but they all have their own personality in your body. One drug is telling you to do one thing and one — it’s just the most exquisite thing I’ve ever seen. But also just watching you just fly, and it takes a very strong director, as well, to allow you as an actor to do that.”

The Emmy Award-winning series “Actors on Actors” will air in two episodes on PBS SoCal KOCE, the first on Tuesday, June 19 at 7 p.m. and the second on Thursday, June 21 at 7 p.m. Both episodes will stream on pbssocal.org following their premieres.