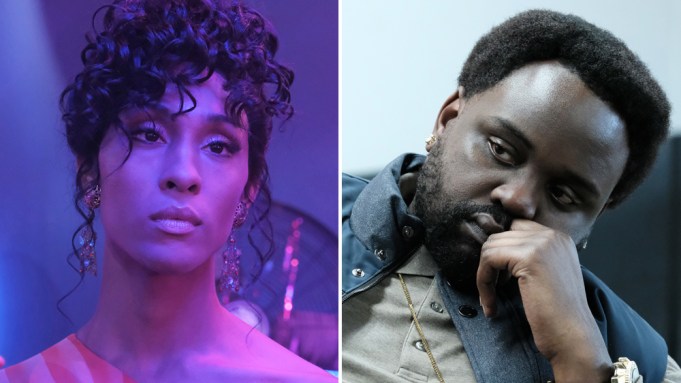 Checking in on the 2019 Golden Globe nominations, it was hard not to raise an eyebrow at some of the more monochromatic categories in TV. Especially given how the movie noms shook out — the best drama category including “Black Panther,” “BlackKklansman,” and “If Beale Street Could Talk” is great and frankly astonishing — the relative lack of diversity on the TV end is stark, to say the least.

In fairness, there are some great nominations for people of color worth celebrating. Newly announced Golden Globes host Sandra Oh was recognized in the actress in a drama series category, while the “American Crime Story: The Assassination of Gianni Versace” cast made its presence known in the limited series races. Elsewhere, the actor in drama series category saw “Pose’s” Billy Porter and “Homecoming’s” Stephan James pick up (richly deserved) first nominations. But in general, the TV nominations still missed some obvious opportunities to reward wonderful non-white actors for their work.

Take “Pose,” for example. While the show itself was nominated for best drama, Porter’s castmates — many of whom got plenty of critical accolades — were otherwise left out of the acting categories. “Pose” breakouts Mj Rodriguez (for actress in a drama series) and Indya Moore and Dominique Jackson for supporting would have been excellent additions, especially given the HFPA’s penchant for rewarding new and notable talent. It’s incredible to see a show anchored by black, trans women get nominated, but it would have been truly remarkable to see those women get specifically recognized for their contributions.

The comedy nominations, meanwhile, are particularly bleak so far as representation goes. Almost every one of the best musical or comedy series nominees is anchored by white leads (“Barry,” “The Kaminsky Method,” “The Marvelous Mrs. Maisel,” “Kidding,”; the only possible exception is “The Good Place,” though Kristen Bell and Ted Danson are nonetheless its technical leads.) FX’s “Atlanta,” which won the category in 2017, was shut out this year despite the triumphant creative highs of its second season. Donald Glover got a nomination for best actor (the sole nod for a non-white lead in that category), but Brian Tyree Henry once again failed to get a nod for his consistently deft supporting performance. The best actress category — which has previously featured and awarded sharp performers like Tracee Ellis Ross (“Black-ish”), Gina Rodriguez (“Jane the Virgin”), and Issa Rae (“Insecure”) — is entirely white.

Given how many shows are cropping up all the time, of course not everything and everyone that deserves to be nominated can be nominated. But there are a few things that the HFPA could do to improve the diversity of the nominations and reward more people in general. Why not separate the supporting acting contenders instead of lumping everyone eligible into one catchall category regardless of genre? Why not nominate TV writers and directors, so long as they’re doing the same for movies? Not only would this possibly open the door for more diversity, but it would give more room to recognize those who deserve it — which is, after all, what an awards show like the Golden Globes is ostensibly all about.