Emmys Best Drama: Five Second-Season Returnees All Got Better This Past Year 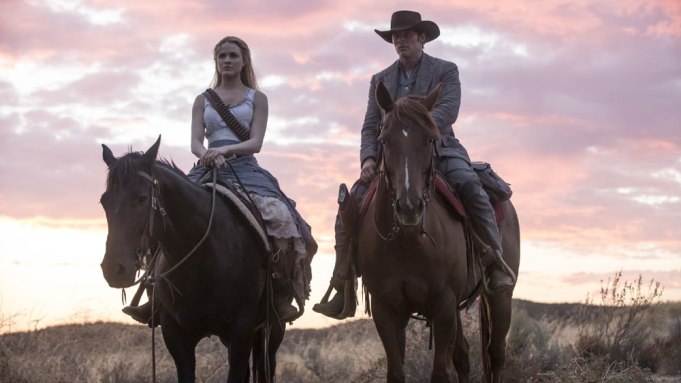 Last year, the Emmy Best Drama field was filled with brand-new nominees — five first-season shows, among them Netflix’s “The Crown” and “Stranger Things,” HBO’s “Westworld,” NBC’s “Stranger Things,” and the eventual winner, Hulu’s “The Handmaid’s Tale,” made the cut. It was a marker of a particularly dynamic year in TV, one in which dominant player “Game of Thrones” was ineligible, other old standbys had begun to fade away, and a slew of diverse new shows, from period drama to mindbending sci-fi to dystopian drama, made their mark.

This year? They’re all back. The five new shows from last year make up a slate very heavy on second seasons, along with older shows “The Americans” (nominated for its sixth and final season) and “Game of Thrones” (in its seventh appearance). It’s a logjam that means that for the first time since 2009, when the second season of “Mad Men” took the prize, no new drama is in contention for TV’s top prize.

To be sure, there were few credible new contenders. Other nominations picked up by Netflix’s “Ozark” — two directing nominations, and a Best Actor nod for Jason Bateman — suggest it might have found its way in had another series faltered. I’d have preferred mention for Netflix’s “Mindhunter” or HBO’s “The Deuce,” but both shows seemed widely forgotten by the time nomination voting had happened.

And not only were there few new shows with the profiles of Best Drama nominees, none of the returning series missed a beat in their second seasons. The “sophomore slump” is nothing new in television, but each of the five returning series became a deeper and more fully realized version of itself in its second outing. “This Is Us” moved towards more complex understanding of even the characters who’d at first been sketchily drawn, while keeping the flagrant heart-tugging fans love. The congenitally cold-blooded “The Crown” stayed obsessed with regal power while beginning to ask more seriously just how it harms those who wield it. “The Handmaid’s Tale,” no more rockily than in its first outing, built out Gilead effectively and showed us precisely what complicity looks like through the monstrously effective Serena Joy plotline. “Stranger Things” managed to keep its sensation status alive by deepening its mythology and upping its spectacle. And “Westworld” became, for my money, among the best TV shows of our era, and the one that’s doing the most potent job of showing what it’s like to live through times of seismic change.

Any of these shows could have fallen off, or, at least, have lost its favor with Emmy. (In recent memory, the awards blanked “The Americans” for its slower fifth season just after welcoming the show in for season 4; it also didn’t nominate “Mr. Robot” for Best Drama again after its breakout first season.) The law of averages suggests at least one ought to have done so. While the outcome, an all-returnee field with five shows that debuted together last year, lacks the buzzy excitement of lots of moving parts, it’s a testament to the focused power of TV at its best — that we can assume the greatest of what’s on TV will continue to grow in power rather than losing its nerve or going down a blind alley. All five season 2 shows in the Best Drama race took big risks this past year; all five trusted their audiences to follow, and all five were rewarded. The field lacks novelty, but it’s proof of what TV at its best can do—reward our year-in and year-out attention by building on itself, counting on viewers (awards voters or no) to stay along for the ride. At least a couple of them, surely, will still be getting nominated when they’re as far into their runs as “The Americans” and “Game of Thrones”; I’m eager to see in what bold place they’ve ended up by then.