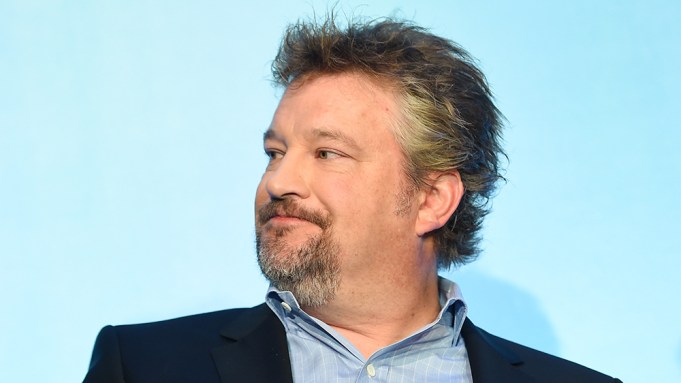 At first, it seemed like CBS Entertainment president Kelly Kahl was giving an admirable performance under extraordinary circumstances. Faced with a roomful of reporters at TCA’s CBS day — a day that many thought might not happen at all — Kahl acknowledged the allegations against CEO Leslie Moonves and the conflicted feelings surrounding it. He admitted that CBS isn’t perfect and that there’s “room for improvement,” emphasizing that they’re “committed to [being] a collaborative, inclusive, and safe workplace” that wants to “respect the voices that come forward.” He then took over 20 minutes of questions, the vast majority of them related to Moonves and the various other allegations of misconduct reverberating throughout CBS.

But despite Kahl’s insistence that he couldn’t say much because of ongoing investigations into Moonves and “NCIS” producer Brad Kern, he still managed to say a whole lot about how CBS is approaching the allegations — or, frankly, not approaching them.

Kahl came armed with a few key talking points. He emphasized that he only oversees CBS Entertainment. He said he believes CBS overall has “a welcoming and safe culture” that employs many female executives, and that “if you look up and down the halls at CBS, you will find a very safe environment.” He repeatedly mentioned that he didn’t recognize the reported abusive behavior from his own personal experience at the company, and neither did the women in his orbit. He pointed that they have a training program for managers that’s “been in place for years” to prevent workplace harassment. He insisted that HR protocol is to investigate all claims of misconduct, even telling one reporter that neither she nor any of the reporters in the room would want their HR departments “looking into you if they chose to investigate” — an oddly aggressive moment in a session otherwise marked by restraint.

What Kahl did not do was recognize that his personal experience — nor that of a female executive, for that matter — does not reflect that of a lower level female employee with far less power and ability to push back. He didn’t allow that he just may not know about unhappy employees within his own division who don’t feel as though they can or should speak up. He didn’t acknowledge that corporate HR departments are often trained to protect the company first, insisting that CBS’ HR — despite much reporting to the contrary — “does a great job” of recognizing complaints when they come in. He didn’t recognize that touting an age-old training program amidst allegations spanning decades might signal that their age-old training program might not be all that effective.

Most telling of all, he wouldn’t allow that maybe, just maybe, so many unearthed allegations of abuse might signal a need for deep-rooted institutional change throughout CBS. Instead, he pointed to an upcoming campaign to highlight gender bias in the media with a hashtag (#SeeHer), and EyeSpeak, an effort within CBS to empower women within the company.

Like Kahl warned us: there was only so much he could say on the subject of workplace harassment within CBS. But his insistence that he and CBS cares about the allegations was all but negated by his insistence that CBS has always been great. Even if he or those at his level can’t personally relate to the multiplying reports of workplace abuse, the fact remains that there are many dozens who can. If that’s not enough to allow for even an infinitesimal acknowledgement that CBS hasn’t always handled these issues well, it’s hard to imagine that they’re taking them as seriously as they say.