Continue to Variety SKIP AD
You will be redirected back to your article in seconds
Jul 12, 2018 8:53am PT

Emmys: Which Comedy Has the Edge With ‘Veep’ Out? 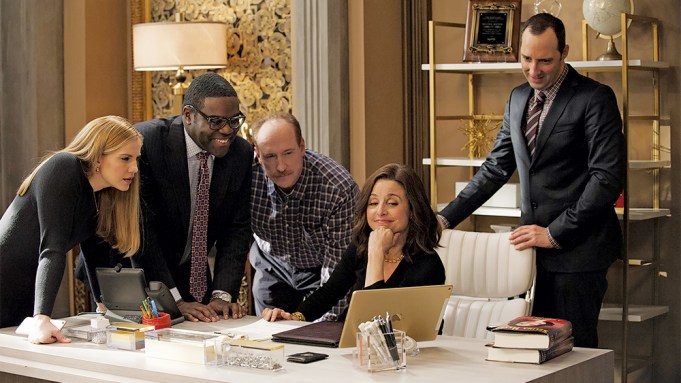 With “Veep” sitting out of this year’s Emmy race, some of the top comedy categories have been thrown right open.

This year, the shows up for the comedy series statue at the 70th annual Primetime Emmy Awards in September are ABC’s “Black-ish”; Amazon’s “The Marvelous Mrs. Maisel”; FX’s “Atlanta”; HBO’s “Barry,” “Curb Your Enthusiasm” and “Silicon Valley”; and Netflix’s “GLOW” and “Unbreakable Kimmy Schmidt.”

Netflix’s “Master of None” being ineligible and Amazon’s “Transparent” having sexual harassment allegations hanging over star Jeffrey Tambor meant those two previous Academy darlings also made way for some of this year’s newcomers.

It’s hard to say which series may have the edge this year — “The Marvelous Mrs. Maisel” won the Golden Globe in January, but “Atlanta” won the Globe the year before and snagged lead actor in a comedy for Donald Glover last year, losing the comedy race to “Veep.” Critical darling newcomers “Barry” and “GLOW” may also prove tempting. But no matter which series wins, it will dethrone the current champion. “Veep” has won the comedy series category since 2015 but did not air a new season during this year’s eligibility window.

Additionally, “Veep’s” leading lady Julia Louis-Dreyfus is also the reigning comedy queen. She has won six times for playing the former-VEEP-turned-former-POTUS-who-will-probably-run-again Selina Meyer, making her the record holder for performer who has the most Emmys for playing the same role. And Louis-Dreyfus is one of two performers with the record for most overall Emmy wins (she is tied with Cloris Leachman at eight statues each).

Since Louis-Dreyfus is also sitting out the race, there was more room to honor freshman faces, such as Rachel Brosnahan from “The Marvelous Mrs. Maisel” and Issa Rae, who may be up for the second season of “Insecure” but is seeing her first-ever nomination. Other lead actress in a comedy series nominees this year are the returning Pamela Adlon (“Better Things”), Allison Janney (“Mom”), Tracee Ellis Ross (“Black-ish”), and Lily Tomlin (“Grace and Frankie”).

Supporting actor in a comedy series has historically been another big area for “Veep” talent. This year, though, it is dominated by “Saturday Night Live” players Alec Baldwin and Kenan Thompson, with strong showings from Louie Anderson (“Baskets”), Brian Tyree Henry (“Atlanta”), Tony Shalhoub (“The Marvelous Mrs. Maisel”), and Henry Winkler (“Barry”).