Emmys: ‘The Americans’ Goes Out With Key Wins for Final Season 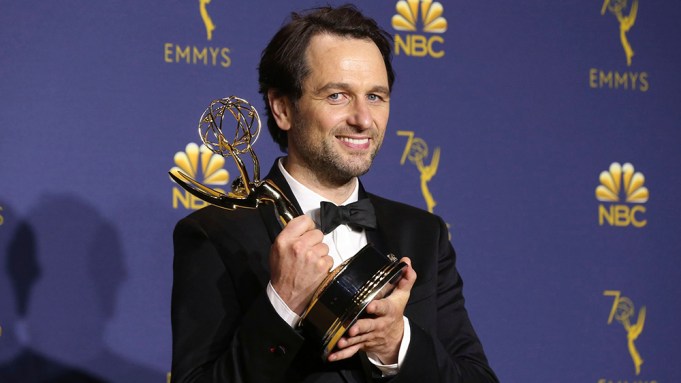 “The Americans” took a victory lap in its final outing at the Primetime Emmy Awards with key wins for a drama that had long been a critical darling but had mostly been overlooked by Emmy voters.

Rhys told reporters backstage that he has been spoiled by the complexity of the covert Soviet spy character, Philip Jennings, that he played for six seasons on the FX series. Now, as he reads scripts for prospective projects, he realizes just how special “the depth and complexity of these characters” proved to be.

“In one episode they laid so many foundations,” Rhys said. He recalled thinking “how on god’s green earth will they figure this out and make it to the end?”

Six seasons later, series executive producers/showrunners Weisberg (who created the show) and Fields were rewarded for threading that needle with the writing win.

“Mostly what we feel is gratitude, and that’s a pretty sweet thing,” Fields said about the Emmy recognition that many felt was long overdue.

Weisberg, whose background as a CIA analyst helped him craft the series, said there was great joy in seeing Rhys make it up to the stage after three consecutive nominations.

“To see our own Matthew, who we love so much and who so many know as one of the great human beings on the planet, to see him recognized is a wonderful thing,” Weisberg said.

Keri Russell, Rhys’ co-star on the show (and in life) was also nommed for the third straight year but lost out on her last try to Claire Foy of Netflix’s “The Crown.” Fields said Russell is the type of actor for whom the work is the true reward.