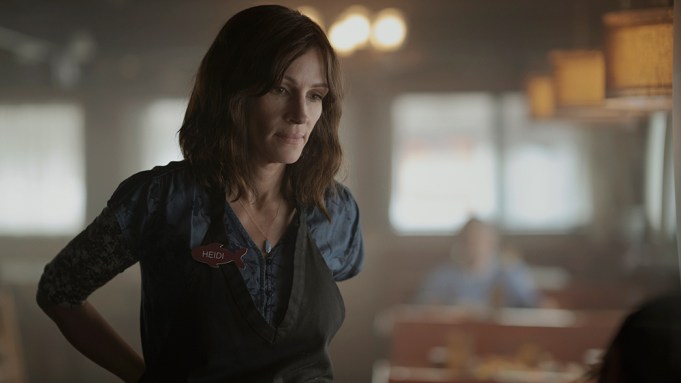 Star power and staying power were rewarded by Golden Globe voters this time around in the television nominations.

FX’s “The Americans” proved to be a rare late bloomer for the Globes in grabbing its first drama series nomination for its sixth and final season. The series’ previous Globe noms went to stars Matthew Rhys and Keri Russell in 2017; the pair are up again this year for their swan-song performances.

FX’s “The Assassination of Gianni Versace: American Crime Story” predictably cleaned up with four noms, the most of any show and an echo of the limited series’ strong performance last fall at the Emmys with wins for limited series and for star Darren Criss.

FX also brought a freshman series to the party with its 1980s-set “Pose” sashaying into the drama series race, on top of a lead actor nom for star Billy Porter. “Versace,” “Americans,” and “Pose” put FX Networks on top of the TV pack with a total of 10 noms. HBO and Amazon were a close second with nine bids apiece, followed by Netflix (8), Showtime (6) and NBC (3). This was the first in which FX topped rival HBO in number of noms.

One of the usual pillars of TV awards season, AMC, got a goose egg this year. “Better Call Saul” was out of favor with HFPA voters and its BBC co-production limited series “Little Drummer Girl” was a no-show.

Amazon and Netflix were the only networks to land both drama and comedy series noms: “Homecoming” and reigning champ “The Marvelous Mrs. Maisel” for Amazon and “Bodyguard” and “Kominsky Method” for Netflix. Amazon is also a contender in the limited series race for “A Very English Scandal.”

HBO was buoyed by three noms for “Barry” — the offbeat Bill Hader comedy that earned trophies for Hader and co-star Henry Winkler at the Emmys last fall — and three bids for the limited series “Sharp Objects.” “Sharp Objects” made star Amy Adams a double nominee as she also landed a movie supporting drama actress mention for her work in “Vice.” The only recognition for HBO’s buzzy new drama “Succession” came for Kieran Culkin in the supporting drama actor heat.

“Bodyguard” was among the biggest surprises in the nominations haul. The ITV-produced political thriller that has been a hit in Britain but has remained low-profile in the U.S. Star Richard Madden also earned a lead drama actor bid. That category saw significant turnover with only one of the 2018 nominees, Jason Bateman of Netflix’s “Ozark,” turning up as a repeat contender. Sterling K. Brown, the 2018 winner in the category, is out of the running amid the shutout of the NBC drama in its third season.

“Kominsky Method” had a big first-year showing in also grabbing comedy lead and supporting mentions for Douglas and his co-star Alan Arkin. “Kominsky” proved to be Netflix’s most-nommed program this time around as its past awards dynamos — “House of Cards” and “Orange Is the New Black” — were kept on the sidelines this year by HFPA voters.

Showtime’s “Escape at Dannemora” begins its awards-season march with Globes recognition for star Patricia Arquette and for limited series. Her co-star Benicio Del Toro was surprisingly left out of the running.

Carrey’s return to small-screen work in Showtime’s “Kidding” was heralded with a comedy series nom and a lead actor nom. The surprise for Showtime was a lead comedy actor mention for Sacha Baron Cohen, the star and creative mastermind of the controversial improv-prank series “Who Is America.”

Candice Bergen’s return to the “Murphy Brown” world brought the much-decorated actress her 12th career Globe nom; she won for the role in 1989 and 1992.