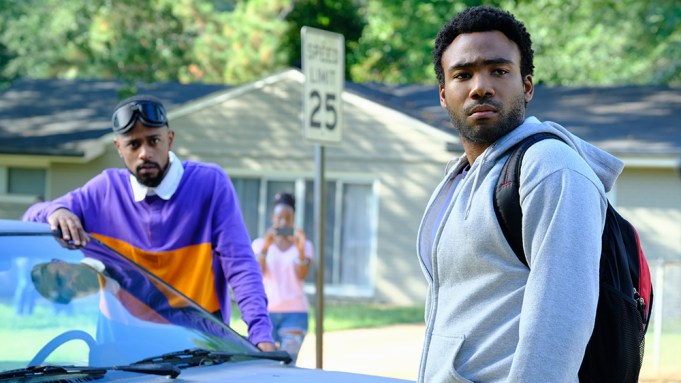 The Television Academy voters have crowned the winners of the 70th Annual Primetime Emmy Awards, and despite the diverse crop of nominees, a few shows dominated the ceremony (hello, “The Marvelous Mrs. Maisel”). Which shows and stars made for the biggest snubs and surprises of the night?

SNUB: “Atlanta” — Even with HBO political comedy juggernaut “Veep” sitting out this year’s race, the FX auteur series from Donald Glover could not push through to take the comedy series category (Amazon’s freshman “The Marvelous Mrs. Maisel” won instead). But this year “Atlanta” was also shut out of the other big categories for which it was nominated, including comedy actor, comedy writing, comedy directing and supporting comedy actress.

SURPRISE: Bill Hader won the lead comedy actor trophy in his first time nominated in the category. His hitman-turned-wannabe-actor titular role on HBO’s “Barry” won over Academy voters — enough so that he beat last year’s winner “Atlanta’s” Donald Glover, as well as Emmy darling Ted Danson, who was nominated in the category for the first time since his run on “Cheers.”

SNUB: “The Handmaid’s Tale” — What a difference a year makes. Last year’s drama series winner racked up a number of acting trophies, too, but this year it lost the major categories — from drama series on down through the lead and supporting acting categories. Elisabeth Moss lost lead drama actress to “The Crown’s” Claire Foy, while Joseph Fiennes was nominated for supporting actor but lost to “Game of Thrones'” Peter Dinklage. For supporting actress, maybe it was case of splitting the vote, but none of the three women of Gilead took home the trophy, despite two of them winning Emmys last year. Alexis Bledel, Ann Dowd and Yvonne Strahovski were nominated but lost to “Westworld’s” Thandie Newton. Bledel won the guest drama actress award in 2017, while Dowd won supporting then.

SURPRISE: Matthew Rhys — “The Americans” star was nominated for his last time as Soviet spy Philip Jennings. While the FX drama was critically beloved, it hadn’t picked up as much traction with the Academy voters through the years. Maybe it was the Jon Hamm effect, but Rhys pulled out the win, even against last year’s winner in the category, “This Is Us” star Sterling K. Brown.

SURPRISE: Love is in the air — Glenn Weiss, who won the variety special directing award, used his time on stage to propose — with the ring his father gave his mother more than six decades ago. Presenter Sterling K. Brown stood off to one side of the stage, and his jaw dropped, while nominee Leslie Jones stood up in the audience pointing at Weiss’ girlfriend. It was clearly planned on Weiss’ part, but it threw everyone else, including his new fiancee, for a loop.

SURPRISE: “RuPaul’s Drag Race” — In only its second nomination in the reality competition series category, the VH1 drag queen program toppled “The Voice,” which had dominated for the past three years. It’s also a history-making moment for RuPaul himself, who won the series and reality host awards this year.

SNUB: “The Tale” –The HBO television movie from Jennifer Fox lost the TV movie category at the Creative Arts awards last weekend, and during the primetime awards its star Laura Dern also lost out on the lead actress trophy.

SURPRISE: Amy Sherman-Palladino not only won comedy writing, which many expected, but also comedy directing. In the latter category, she faced off against, but ultimately overcame, frontrunners last year’s winner “Atlanta’s” Donald Glover and Hiro Murai, who was nominated for the much-talked about stylized standalone episode of “Atlanta” entitled “Teddy Perkins.” This made her the first woman to win in both categories.

SURPRISE: Merritt Wever won the supporting actress in a limited series or TV movie category, and although she was a prior winner — in 2013 for “Nurse Jackie” — this one was unexpected for her. She was up against two heavy-hitters from “The Assassination of Gianni Versace: American Crime Story,” which made more noise during awards season.