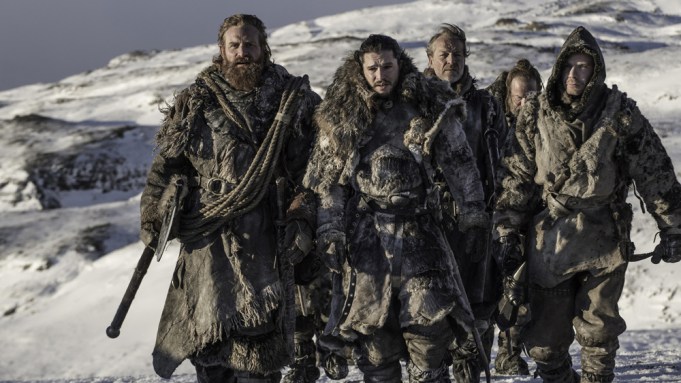 After sitting last year’s Emmy race out, “Game of Thrones” is back on the ballot in a big way. The HBO epic scored 22 nominations, the most for a series this year.

Meanwhile, on the acting side, Nikolaj Coster-Waldau and Peter Dinklage scored supporting actor noms, while Lena Headey saw a supporting actress nod. Diana Rigg received a nomination for guest actress in a drama.

Still, it was not a cause for all-around celebration as Kit Harington and Emilia Clarke were not nominated for their roles of Jon Snow and Daenerys Targaryen, respectively. This year, they went for lead acting nominations, as opposed to competing against co-stars again in supporting categories, but those races proved too tough to crack.

In 2017, “Game of Thrones” was ineligible for the Emmys, and its absence helped pave the way for the premium cabler’s freshman genre series “Westworld” to slide into contention with a record-breaking 22 nominations (the most for any series, tied with “Saturday Night Live”) across drama series, performances, and Creative Arts categories. Netflix’s sci-fi project “Stranger Things” saw 18 noms last year, including a key drama series nomination, as well as notable performance nods for Millie Bobby Brown and David Harbour. This year, with “Game of Thrones” as competition, “Westworld” still managed to crack the top 5 series with most noms, coming in at 21, including drama series, while “Stranger Things” nabbed 12, including drama series.