Winston Duke has had quite a year.

Not only did the Yale School of Drama alum make his feature film debut, but it happened to be in “Black Panther” playing M’Baku.

“It’s been a blessing,” Duke says. “A lot of things come with this. It’s a lot of attention. It’s a lot of all these new people and gifts and all these things, but I remember when I wasn’t working, I was praying a lot. When I prayed, I remember saying, ‘I just want to work.’

Duke was the center of attention on Thursday night at the Montage Beverly Hills, where luxury leather goods brand MCM and GQ hosted a dinner in his honor.

Born in Tobago, his mom, Cora Pantin, decided to move the family to the U.S. when his sister declared she wanted to be a doctor (she’s now a reproductive endocrinologist). Duke spent his teenage years in Rochester, N.Y. He caught the acting bug in middle school and went on his first audition when he was 16. “Everyone was really nice,” Duke said. “They said I had talent and potential, which is the magic word which hooks so many people and ruins so many lives. It takes a lot of time to work with potential.” 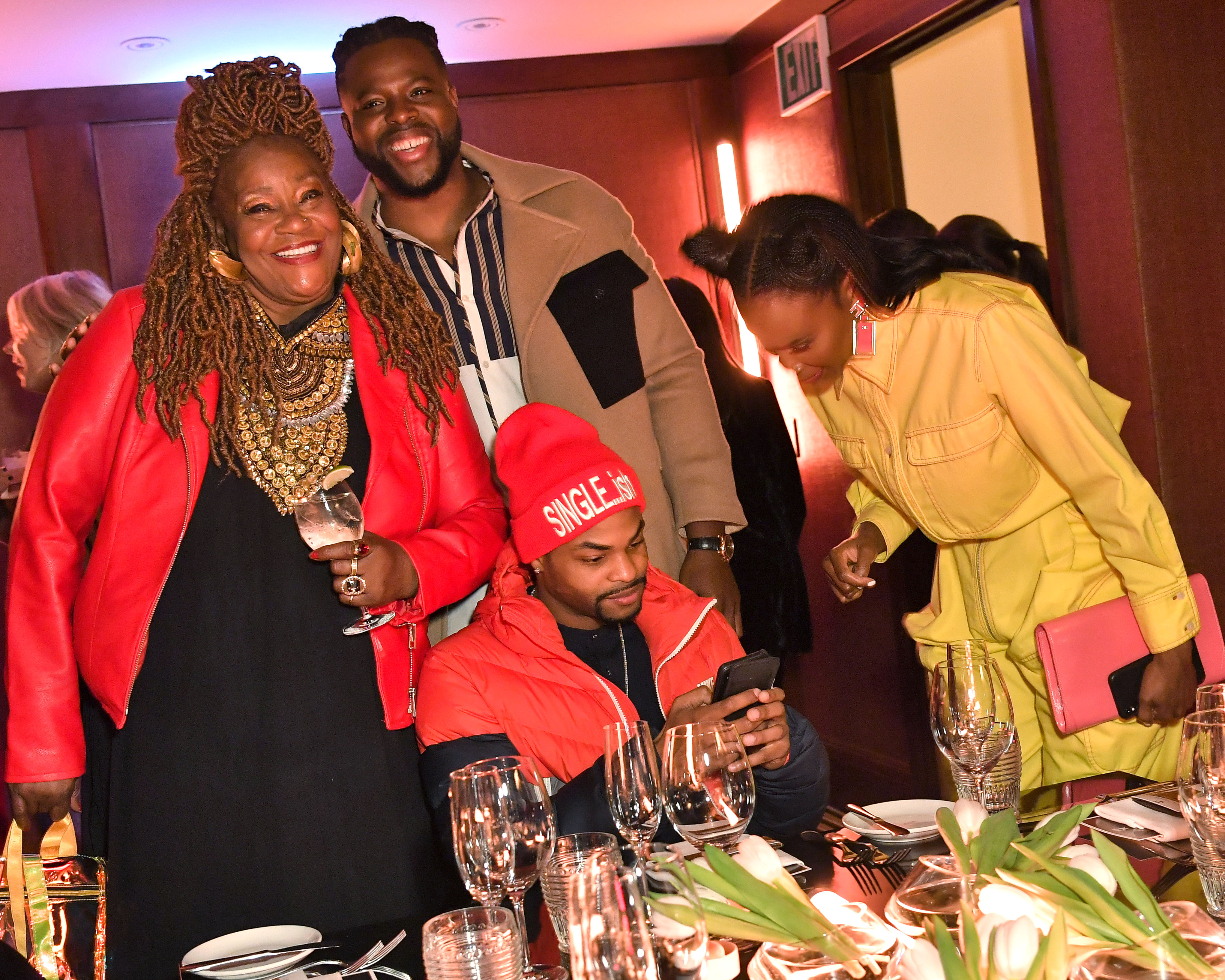 Now 32, Duke has been quite busy since “Black Panther.” He co-stars opposite Lupita Nyong’o, who he first met when they were both students at Yale, in “Us,” Jordan Peele’s much anticipated and quite secretive follow-up to “Get Out” about a family visit to the mom’s childhood beach house that turns into a nightmare.

Duke hesitates when asked what else he can say about “Us.” “I can’t ruin anything for you,” he said. He then paused before carefully adding, “Just like you saw with ‘Get Out,’ it functions on multiple levels.”

He also just wrapped Netflix’s “Wonderland,” director Peter Berg and Mark Wahlberg’s crime drama based on Robert B. Parker’s novel of the same name from his series of detective novels. It’s the same series that was adapted for ABC’s 1980s television show “Spenser: For Hire.” In the movie, shot in and around Boston, Wahlberg plays Spencer with Duke as his right-hand man Hawk.

“Watching the man balance family life and his professional career was amazing,” Duke says of Wahlberg. “He’s a committed family man. He flew home every single weekend. He’d leave set every Friday night, fly home to Los Angeles to be with his family and then flew back to work on Monday.”

It sounds like one of Duke’s next project could be on Broadway. “Ahhhh,” he laughed when asked about his possible Broadway plans. “I can’t tell you but that’s my bread and butter. I come from theater and the stage so that’s my wheelhouse.”