Kurt Russell had a couple of good reasons for hosting a reception on Saturday for “Wild Wild Country,” the Netflix documentary about the 1970s and ‘80s Oregon-based Indian guru Bhagwan Shree Rajneesh and his community of followers.

Not only did Russell’s nephews, brothers Maclain and Chapman Way, direct the six-and-a-half-hour series, but the “Guardians of the Galaxy” actor lived near the Rajneeshees in Portland at the time.

“I happened to be in Portland when a lot of this was going on so when they started talking about it, I was like, ‘Oh, yeah—the Bhagwan! He was around,'” Russell told Variety.

The breakout character of the series is Bhagwan’s assistant Ma Anand Sheela, who spent 24 months in federal prison after being convicted in 1984 of attempted murder when more than 700 people in The Dalles, Oregon suffered food poisoning after Sheela instructed followers to contaminate local salad bars with Salmonella. She had hoped locals would be too sick to vote and Rajneesh followers would win local elections.

The Way brothers’ “Wild Wild Country” journey began about four years ago when they tracked Sheela down in Switzerland, where she runs retirement centers. 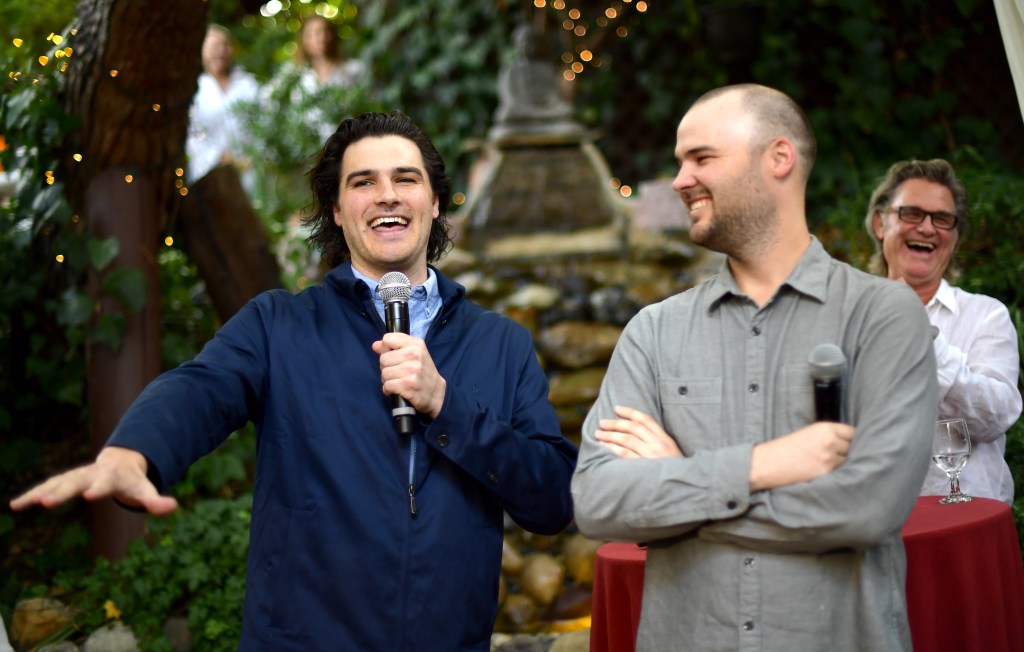 “We found an email for her,” Maclain said. “It was like Sheela-at-hotmail or something not even as encouraging as that. I was like, ‘This is never going to work in a million years.’ But I shot her an email and told her what we wanted to do.”

It took three visits to Switzerland to convince Sheela to sit for what would turn out to be 35 hours of interview footage. “She felt she had a story she had never been able to tell before,” Chapman said.

“I was walking in Silver Lake the other day and I saw a [street art] poster with a picture of Sheela on it that said, ‘Free Cocaine,’” Chapman said, laughing. “To see Sheela’s face while walking down Sunset Boulevard, I was like, ‘This is too weird.’”

Now the question is if the doc will be adapted into a scripted feature.

“There have been some people interested in the feature and we’re like, ‘Awesome — go do your thing,’” Maclain said.

“We were with it for four years,” Chapman added. “We’re ready to move on.”

Mark Duplass, who co-produced the doc with his brother Jay Duplass, offered some casting suggestions. “Keegan-Michael Key as Bhagwan,” he said. “He’s actually a very serious person and a great dramatic actor when given the chance.”

As for Sheela, Duplass said, “Mindy Kaling. Everybody sees Mindy as sweet, but she’s a f—ing killer. I know it because I’ve been on set with her. It would be fun for people to see that.”

The “Wild Wild Country” event was a cocktail party at the Inn of the Seventh Ray, a rustic restaurant in the Santa Monica Mountains. The flowers, string lights and decorative rugs were on theme.

“I definitely think some Rajneeshees hung out here,” Chapman said.

Red “Wild Wild Country” t-shirts were handed out to party-goers as they departed the bash.